The only person who may have loved it more than him would be his six-year-old son Felix.

Both have been singing ‘Never Had A Friend Like Me’ around the house over the past week.

So when they got the opportunity to interview the Genie – Gareth Jacobs – in the Mix102.3 studio they both had to be involved. 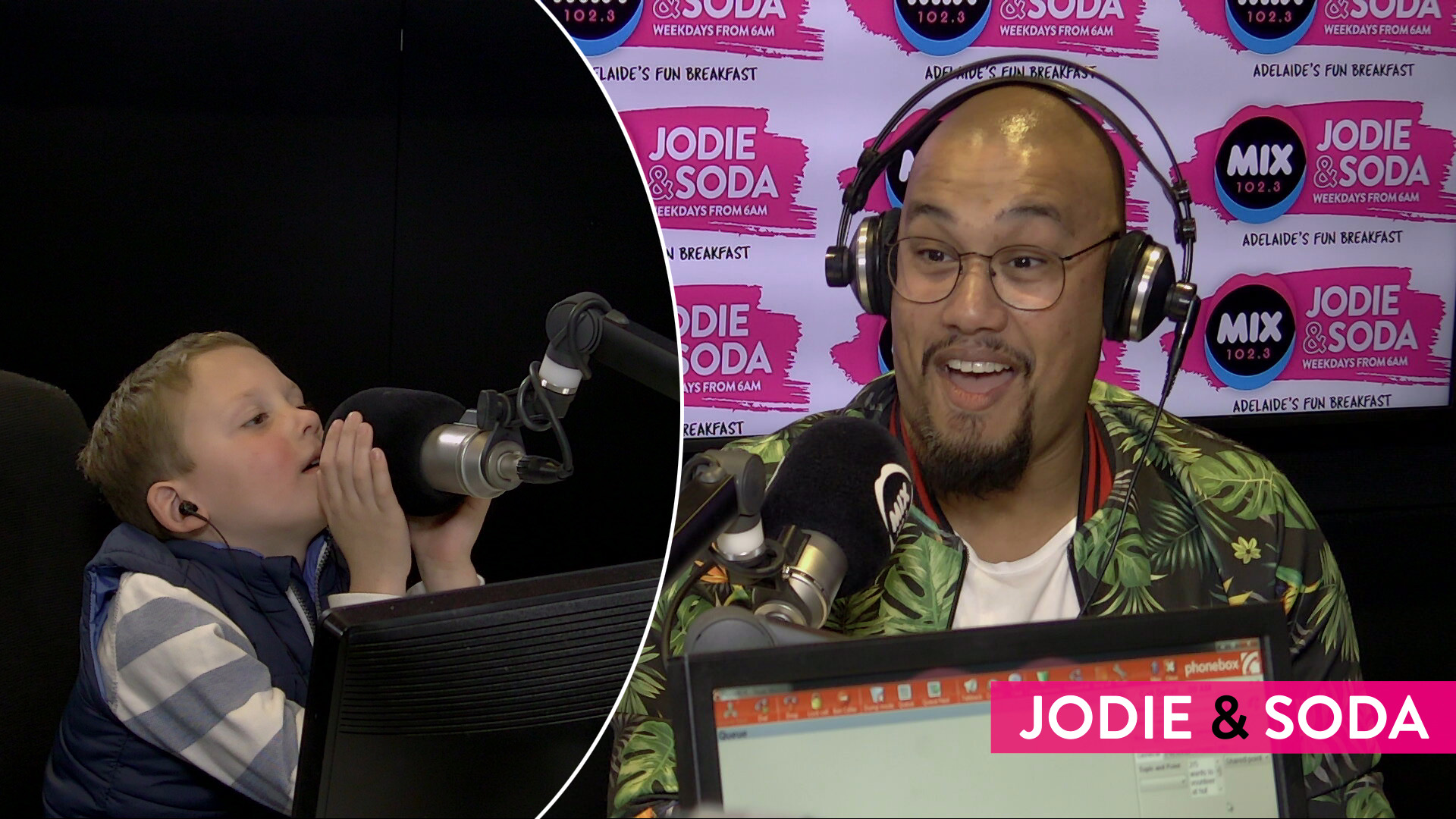 Soda told Gareth how much he wished he could come back in another life as a musical theatre performer to much laughter, and then it was Felix’s turn.

Felix started with some fairly normal questions, including the rules about wishing for more wishes.

Then he hit the Genie with a question that caught Gareth completely off-guard.

Watch the video above to see the genie’s reaction when Felix asks him if there’s a Mrs Genie of if he has to polish his own lamp!

Having A Baby One More Time: Thom's Britney parody for Jodie

Jodie and Soda launch $100,000 Minute With Will and Woody

Soda gets worst tickertape parade ever through city streets