Over 15 months since their split, The Bachelorette’s Ali Oetjen’s ex-fiance Dave Waldeck is selling her custom-made engagement ring on Gumtree.

‘Dave of Kurralta Park’ has reportedly listed the ring for the heavily discounted price of $12,400.

The Daily Telegraph has reported that the one-of-a-kind 3.56 carat Ceylon sapphire gem and diamond ring had been certifiably valued at $19,150.

On Gumtree, Dave Waldeck has described the custom-made engagement ring from Wishart Jewellers as being in “perfect condition’ with a ‘negotiable’ price tag of $12,400. 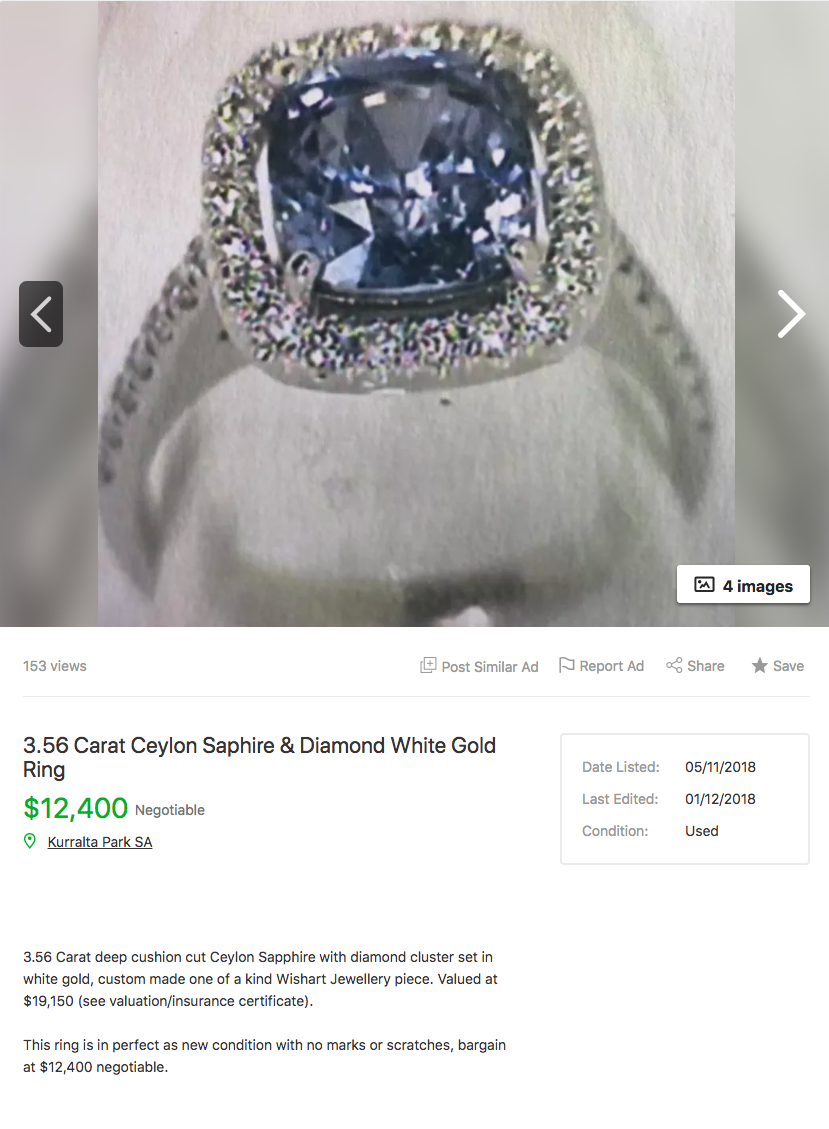 The ring matches the one given to the reality TV star at her engagement party in December 2015, just two years after she was brutally dumped by The Bachelor star, Tim Robards. However, she assured viewers that there were no hard feelings.

“Tim absolutely led me to Dave and he is the most perfect man in the world,” the 32-year-old told news.com.au prior to her engagement.

“The Bachelor was my hurdle and my challenge and something I learnt from and made me more of who I am today and Dave is the one for me.”

Oetjen and Waldeck split in July 2017 after 3.5 years together.