Jeanise Jones has been considered the ‘moral compass’ of the entire film Borat 2, the babysitter that had only the best intentions with Borat’s ‘daughter’ Tutar.

Jones has come out as stated she felt ‘betrayed’ by the production of the film because she was led to believe she was participating in a different documentary.

NY Post interviewed Jeanise who stated the filmmakers weren’t honest with her, “I’m feeling like she’s from the Third World and that kind of stuff does happen where they sell women. I’m thinking this is for real so I felt kind of betrayed by it.”

Jones was recruited through her church in Oklahoma City with the help of her pastor Derrick Scobey.

The pair were told they needed a ‘sassy black grandmother in her 70’s’ to participate in a ‘documentary’.

Jeanise had NEVER heard of Borat or Sasha Baron Cohen was told to watch ‘Tutar’, and was told she was roughly 14-15 years old.

“They told me it was a documentary for this young lady to understand she has rights and she can do whatever a man can do,” Jones explained to the publication.

“I felt pain for her and tried [to see] if there’s any way we can get through to her that she doesn’t need to do all that.”

Jeanise was paid roughly $3,600 for her participation in the documentary and continued to pray for ‘Tutar’ with her congregation after filming out of genuine good will and concern.

Jeanise’s pastor Derrick is her biggest advocate, creating a GoFundMe for her because she got laid off due to COVID earlier in the year. Derrick has revealed some of what she’s been gone through over the last year in the GoFundMe description.

“This was not scripted for Jeanise. It all came from the heart. She is one of the most authentic people I’ve ever met. One good thing that has come from this is that Jeanise doesn’t have to worry about “Tutar” anymore. She has WORRIED about this young lady for a year.” 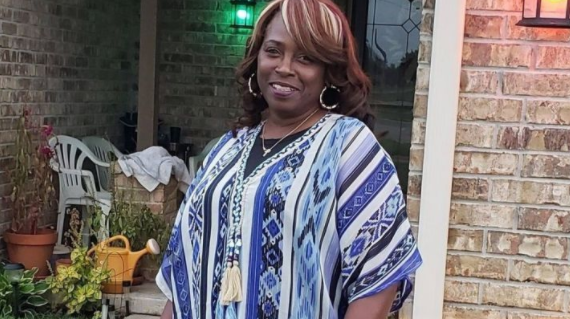 She must have sat at home wondering if she let a young 14 year old girl slip through her fingers and into a horrible life married to an old man.

You can check out Jeanise’s page here, sitting at $8,300 worth of donations at the time this was written.

“It’s just saying she got the short end of the stick, you love her around the world, so it would be a blessing if you donated,” he wrote on the GoFundMe.

Listen to Jeanise and Pastor Derrick talk to Kyle & Jackie O below!

Want more? Listen to one of our favourite moments from The Ali Clarke Breakfast Show – Tune in weekdays from 6AM on Mix102.3!
Borat borat 2

Miranda Kerr Reveals Her Incredible Secret To Her Youthful Appearance

What's The Truth Behind Pascal's Exit On The Bachelorette Last Night?