These adoptive dads started their romance in 2018, and they continue to show a strong and loyal bond. 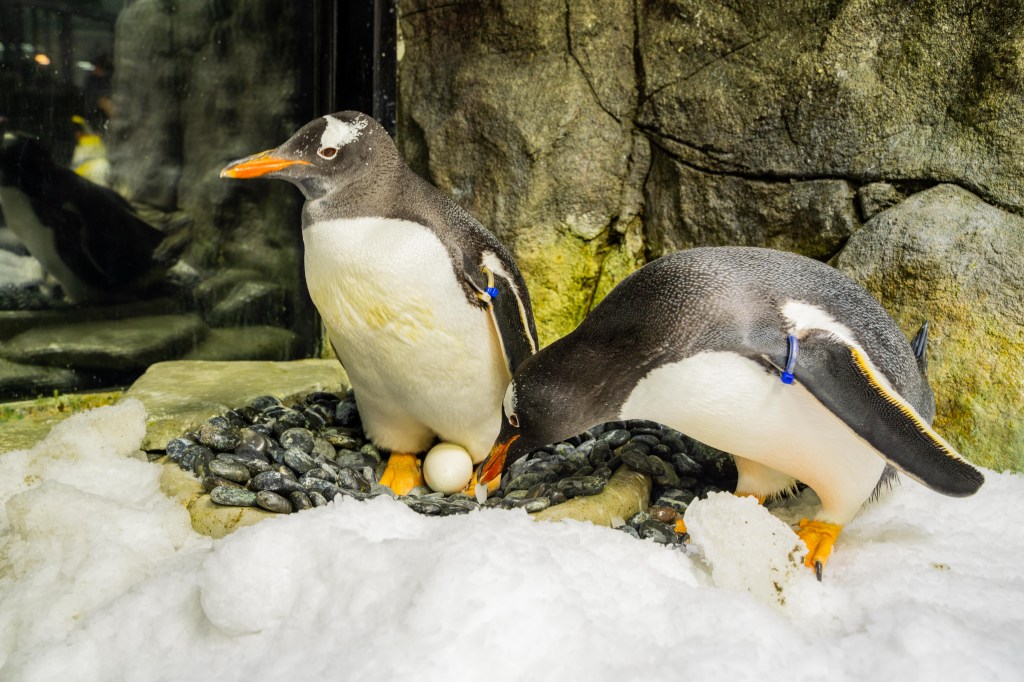 Sphen & Magic made headlines as they successfully adopted and incubated an egg at SEA LIFE Sydney Aquarium in 2018, and a second time in late 2020.

“Magic still regularly collects the most perfect pebble that he can find for Sphen, displaying what a great hunter and partner he can be. They set a great example to the rest of the colony and we’ve noticed many of the newer penguin couples setting up their nests close to Sphen and Magic, which we think is them trying to learn from the best!”

Want more? Listen to one of our favourite moments from The Ali Clarke Breakfast Show – Tune in weekdays from 6AM on Mix102.3!
magic sea life sphen