Four of South Australia’s most vulnerable areas are set to receive the highest fire danger rating possible on Wednesday when the temperature soars to 42 degrees.

SA’s Bureau of Meteorology issued a statement on Monday suggesting residents begin preparing now for what will be “very hot, dry and windy conditions across the state”. In the wake of recent NSW bushfires that claimed four lives, residents are being urged to be ready.

Current fire danger ratings for Wednesday have the Mount Lofty Ranges (which includes many Adelaide suburbs like Salisbury, Tea Tree Gully, Mitcham and Belair), the Yorke Peninsula, the Lower Eyre Peninsula and the Mid North all rated as ‘Catastrophic’ – the highest possible level.

All other parts of the state are either at ‘Severe’ or ‘Extreme’ fire danger.

Schools in areas scheduled to be Catastrophic are likely to be closed, along with many other businesses.

UPDATE: Total fire bans will be declared for the entire state tomorrow (Tuesday).

CFS chief officer Mark Jones fronted the media on Monday to explain that although tomorrow’s forecast top is for just 29, restrictions will still be put in place to minimise the risk of fires starting, which may then not be fully extinguished by Wednesday. 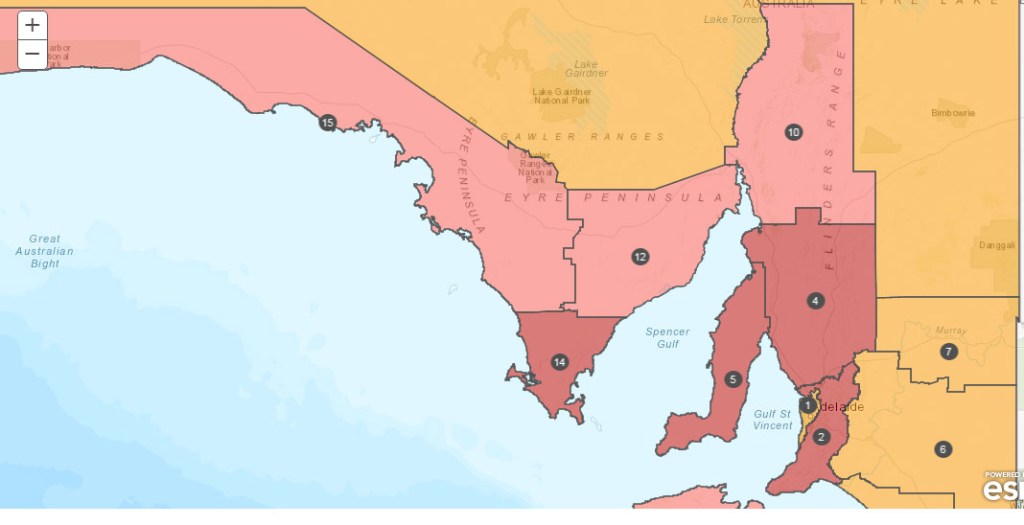 The only good news is that conditions will cool off by Thursday with the temperature expected to reach just 24.

Want more? Listen to one of our favourite moments from The Ali Clarke Breakfast Show – Tune in weekdays from 6AM on Mix102.3!
adelaide bushfires catastrophic fire danger south australia warning weather