The strippers of Magic Mike will perform in a huge tent next to Melbourne’s Yarra River when the live show comes to Australia next year.

Hollywood star Channing Tatum was in Melbourne on Tuesday to announce the stage show based on his popular Magic Mike films will be performed in the world’s largest Spiegeltent, which will be constructed along Birrarung Marr.

“We always dreamt of bringing it to Australia. The movies did so amazingly here, we knew we had to figure out how to raise our game,” Tatum said in a statement. 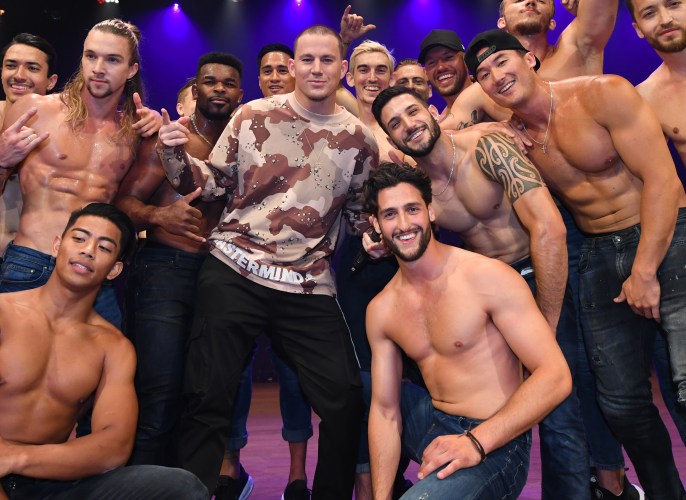 “We have built one of the sickest free standing tents. I never dreamed of having a circus tent full of strippers… but I guess it’s now one of my dreams,” Channing said. “It’s a dance show you can actually touch.”

The production’s co-director and choreographer said the performers would “go up to the second level and dance right in front of you”.

The Melbourne shows are scheduled to start on 26 May, and are expected to be followed by performances in Sydney (likely in November), Brisbane and Perth.

Tatum adapted the film franchise for the stage and acts as director of Magic Mike Live but does not star in the production. Patrons must be at least 18 years old to attend.

Want more? Listen to one of our favourite moments from The Ali Clarke Breakfast Show – Tune in weekdays from 6AM on Mix102.3!
channing tatum magic mike