Former Adelaide Crows player Nick Gill is making headlines around Australia for tricking one of the celebs on the Masked Singer into revealing one of the singers yet to be uncovered.

Jess and Soda spoke to Nick on Mix102.3 breakfast show on Thursday morning, where he revealed how he did it.

Listen to Jess and Soda’s chat with the “Masked Singer spoiler”, Nick Gill, below.

During an interview with Paulini, who was revealed as the Masked Singer’s Spider in Tuesday night’s episode, Nick asked a question that sounded as though Gorgi Coghlan (from Channel 10’s The Circle and The Project) had already been revealed as the Monster.

Problem is, it’s only a rumour that Gorgi’s in there. The Monster hasn’t actually been revealed yet.

“I couldn’t believe, Paulini, that Gorgi Coghlan could sing. Could you believe that?” Nick asked her on his Hit106.9 Newcastle breakfast show.

Paulini went along with it, replying: “I couldn’t either, I think that’s amazing!”

“I was actually blown away by … regarding a few of the celebs on the show. It’s great though. You never know some of these celebs have these different talents. It’s amazing,” she said.

You know when you already know something and when someone sounds like they know it too, you just go along with it?

That appears to be what happened here although Paulini backtracked in subsequent interviews, saying she thought the hosts had asked her about ‘Deni’ not ‘Gorgi’.

But that doesn’t really make sense because why would she say she couldn’t believe that Deni Hines (the Masked Singer’s Unicorn) could sing?

Deni has only been a professional singer since the early 90s, and with a mum like Marcia Hines, it would be a bigger surprise if she couldn’t sing!

We’ll have to wait and see what happens on Monday night.

Meanwhile, Jess and Soda have gone a long way to debunking the rumour that Rob “Millsy” Mills is the Wolf on the Masked Singer.

Producer Aquaman used his super audio engineering skills to bring the disguised Millsy voice back to its original form. Turns out it doesn’t really sound like him.

It sounds a lot more like Matt Preston! Have a listen to the audio near the top of the page. 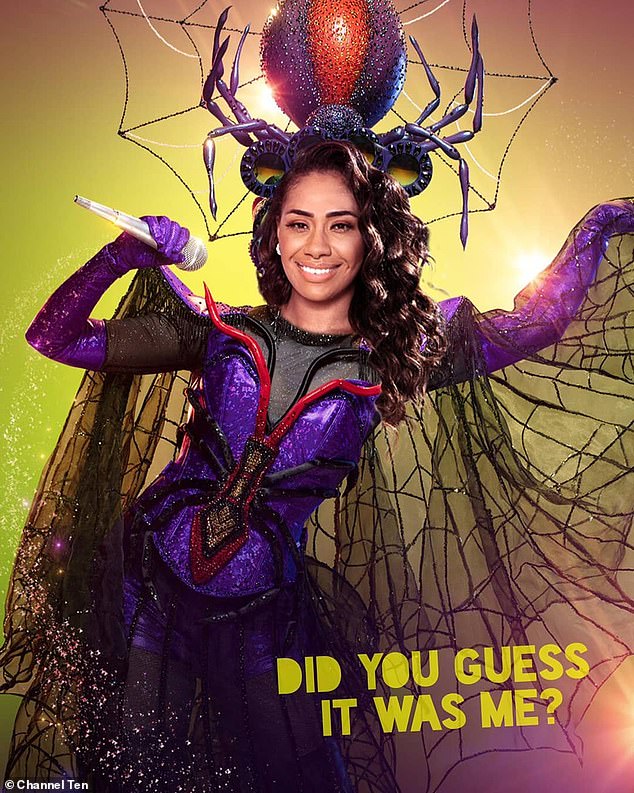