FOTS, this one really hurts.

On Thursday, Jodie and Soda organised two brave and generous souls to be in the Mix102.3 studio.

One was a regular listener, Blake Griffiths from Seaford Meadows. He offered to get a tattoo of Crows coach Don Pyke to match the one by Power fan Bek in Melbourne who got a David Bowie-style tattoo of Port coach Ken Hinkley inked on her calf.

When he arrived, Jodie and Soda asked if he’d like a second tattoo of AFLW star Tayla Harris. She had been viciously trolled during the week but the community was fighting back by spreading a photo of her far and wide.

It was a brave and strong statement for Blake to permanently ink the Tayla photo to his skin, to stand up to the bullying she copped for the photo.

The other brave and generous soul was tattoo artist Aleisha Gannon from Ink Haus Creative Studios who donated her time, and put her work on public show.

She arrived with the Don Pyke tattoo design ready to go but then had to not only produce that one but she had to draw and ink the Tayla Harris image as well. And she barely had an hour to do them.

A clearly distressed Jodie read the message from Aleisha on-air on Friday morning. You can watch it in the video above.

“On all the social media accounts I’ve been absolutely slammed for my work and I feel sick from all the nasty comments.

“Guys, this is not your fault but it hasn’t left me feeling very good about myself.

“I feel not very proud of my work now with what everyone has said.

“I will get Blake back in once it’s healed and do another session on it to try to fix it up but just thought I’d let you know.”

Aleisha also explained in the message the time pressure she was under to complete the two tattoos in an hour.

“I feel like crying on her behalf because it is a horrible feeling when people tee off on you online,” Jodie said.

“To Aleisha, I apologise with my hand on my heart because I feel like we’ve had a part in making her feel terrible.”

“To all those people who sit there and think it’s ok to write nasty things to other people online, have a think about this..

“Have a think how you would feel if you’re sitting at your desk today going about your business, doing the best job you can and someone comes and stands at your desk and stands over you and goes ‘gee you’re crap, what the hell are you doing, you’re doing the worst job ever, that is horrific’, how would that make you feel?

“For one second, think about that before you sit behind your keyboard and rip into someone today.

“I am so thoroughly sick of people being nasty online.” 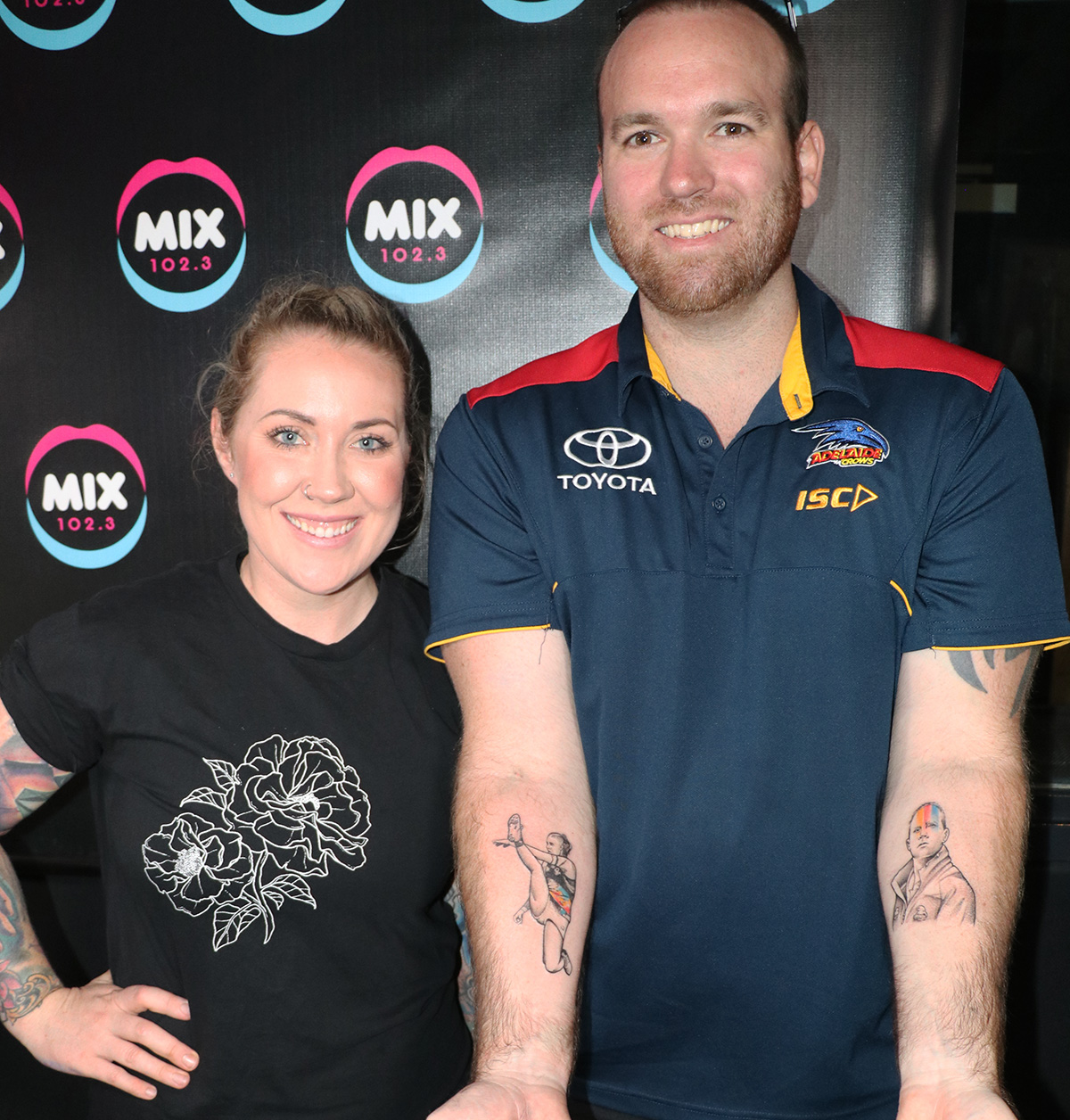 P.S. Blake, who has the tattoos, wanted Aleisha to know this…