Jodie Oddy’s attempt at breaking a Guinness World Record is over after motion sickness took its toll on the ferris wheel and she was advised not to continue.

Jodie and Soda had spent just over six hours on the ferris wheel in their mission to reach 52 hours and break a Guinness World Record to raise money for Kerry’s Final Wish when the devastating call was made.

“She had a terrible night in preparation for this,” Soda said. “She worked really hard to get through the show, she’s been vomiting while on the wheel, the motion sickness has got to her,” Soda said.

“The medical staff are here, the paramedics and everyone, – we’ve made the call and Jodie has just left the wheel.

“I said to her you can’t keep going if you’re this state. 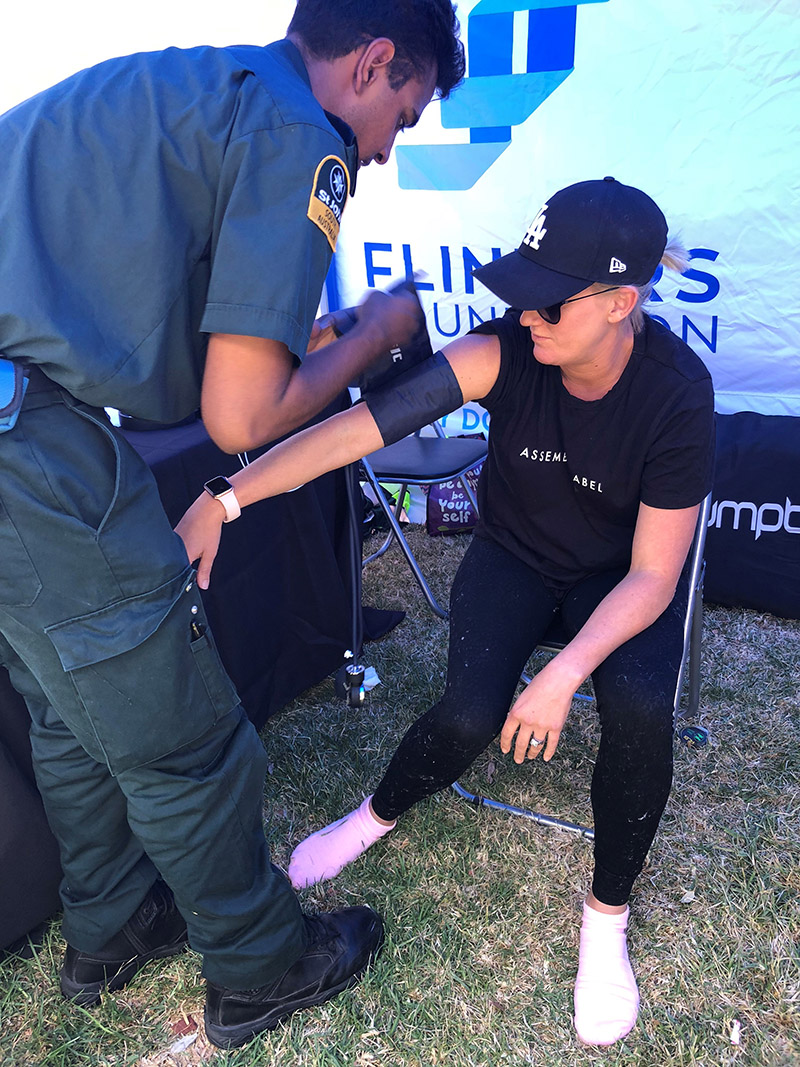 The mission does continue however with Soda on his own who can still break the Guinness World Record solo if he completes 52 hours.

“Now it is one man one mission and now I’m here for Jodie and myself, and we’re still going to do it for Kerry” he said.

Soda’s update on Jodie – “she feels like she’s let everyone down.” 😢😢 #jodieandsoda #kerrysfinalwish Soda’s continuing on towards 52 hours on the ferris wheel which would be a Guinness World Record.