Good sub-editors are important, just ask Julia Roberts, who had one helluva week after an unfortunate headline did a full round of the internet.

And hey, with newsrooms copping the slash n’ burn treatment on the reg, we’re not even surprised this happened.

Regardless, the typo is a doozy.

The story was praising Roberts regarding her performances in the new flick, Ben Is Back, as well as the series Homecoming – roles which seem a lifetime away from the romantic comedies she’s best known for. 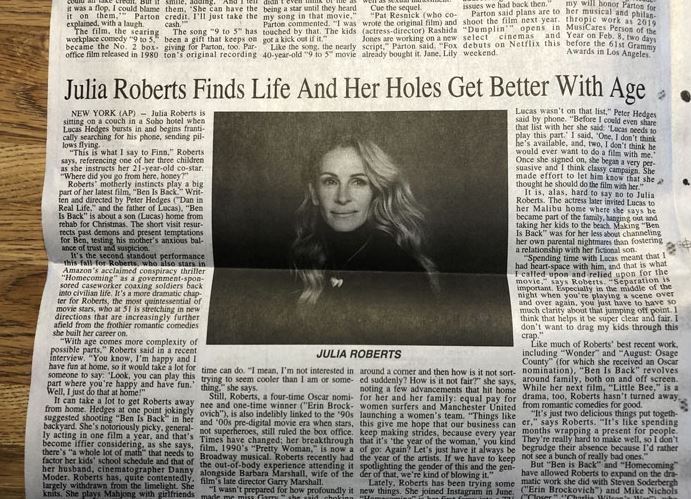 A correction was made a few days later… 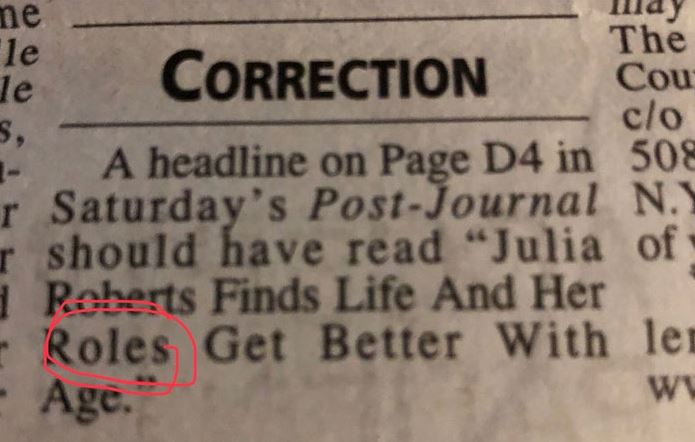 But the damage was done…

Headline of the day

Julia Roberts Finds Life And Her Holes Get Better With Age pic.twitter.com/85oU83ijgi

Either it’s a typo or Julia Roberts was in a real sharing mood pic.twitter.com/JW3fECntTF

As a woman who just celebrated a birthday, Julia Roberts is giving me hope for the future. pic.twitter.com/9xcQf6vC3k

R and H are nowhere near each other on the keyboard. I choose to read it literally.