It was an incredibly emotional morning on Monday when breakfast newsreader Maria Gaban returned to work at Mix102.3 for the first time in almost a year, following a significant cancer battle.

After reading the 8am news, she joined Jodie and Soda in the studio to tell her story that is remarkable for its heartbreaking twists and turns. Watch it in full in the video above.

Jodie and Soda have challenged themselves to raise $200,000 to fulfil Kerry’s final wish and deliver South Australia a Cancer Wellness Centre at Flinders Medical Centre.

She had already been through more trauma than anyone would wish for in a lifetime, having lost her son Julius during birth in March 2017.

When her daughter Trinity was born in April 2018, it must have seemed like life had begun to get back on the right track but another significant challenge was just around the corner.

“You had already been dealt the worst hand in life and I thought things could not get tougher for this lady but they did,” Jodie Oddy said on Monday in her introduction.

Maria said it was about seven weeks after giving birth that she first noticed something wrong.

“I felt a bit of a lump in the breast and because it wasn’t there before breastfeeding I just assumed it was a blocked duct and an engorged breast,” Maria said. 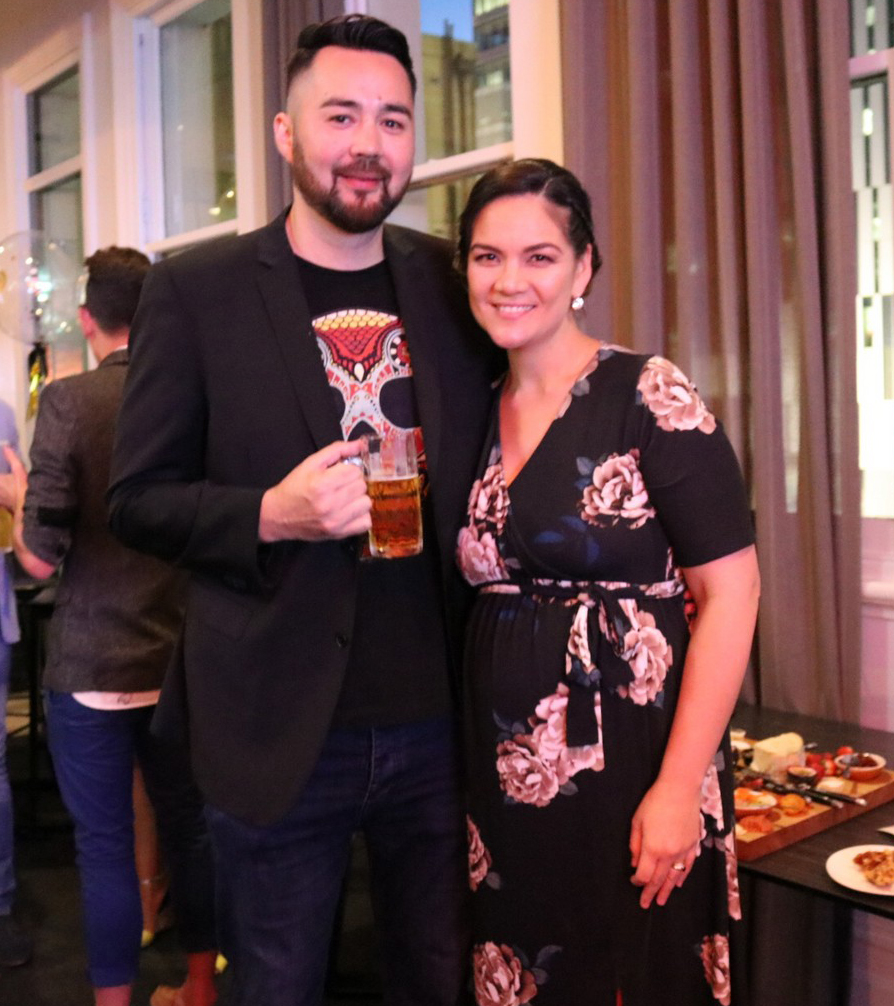 Maria Gaban, with husband Alastair, during 2017.

Maria went to the doctors and had an ultrasound and was told the lump “was full of milk and it’ll go away”.

When it was still there four months later, Maria – thankfully – went back to the doctor and asked for a mammogram. It came back as breast cancer.

“I was just like ‘woah’, I was not expecting that,” she said. “Between diagnosis and surgery there’s nine days where you don’t know what’s going on.

“I had a 6cm lump. To my breast surgeon… it didn’t look very good.

“She sent me away with an early breast cancer book and said ‘I don’t even know if this is relevant for you but have a read’.

“And I was just like ‘what’, I’ve got a five-month-old in my hands, we’ve just come off the back of that horrid loss (of son Julius during birth) and now I’m facing breast cancer.

“I didn’t have kids not to raise them. I want to be there for every cry and every milestone.

“You become very aware of your own mortality. We all know we’re going to die but you think ‘God, not at 38 just when I’m starting my family life.”

Following surgery to remove the lump, Maria got the good news that the cancer was ‘non-invasive’ and had not spread but chemotherapy was recommended to reduce the risk of it returning.

Maria experienced losing her hair and vomiting during chemotherapy while simultaneously raising a five-month old child who wasn’t sleeping.

Jodie and Soda’s admiration and love for their colleague and friend was obvious.

“You still smile every day and that is the reason we love you so much,” Jodie said through her tears. “My God you rock a head scarf. You are a beautiful human, you are very much part of our family and this is why we are doing this big challenge to help people like you. We love you so very much and you’re the bravest chick I know.”

Maria, who still has six weeks of chemo left to endure, wanted to leave the Mix 102.3 listeners with this final message: “If something doesn’t feel right, don’t ignore it. Like I said, the first time (my cancer) wasn’t picked up. Keep going back, you’ve got to make sure you get on top of it (early).”

Mackenzie's 'rockstar' return to school in Limo and Chopper