Global superstar Michael Bublé and Australia’s own pop/rock sensation 5 Seconds of Summer have been announced as the final additions to the already star-studded lineup for Fire Fight Australia.

Michael Bublé’s sheer determination to support the Australian fire relief effort has meant that he will officially be in two places at once by way of a special live cross performance to ANZ Stadium from his sold-out Melbourne show at Rod Laver Arena.

Aussie band 5 Seconds of Summer finalise the illustrious list of luminaries have answered the call to perform in their hometown as part of this historic congregation of talent.

Didn’t get tickets? Don’t worry! A very limited and final allocation of tickets to will be released and available for purchase from 10am (AEDT) TODAY via www.ticketek.com.au. With over 65,000 tickets selling in under 5 hours, this final allocation is expected to sell out in a matter of minutes. 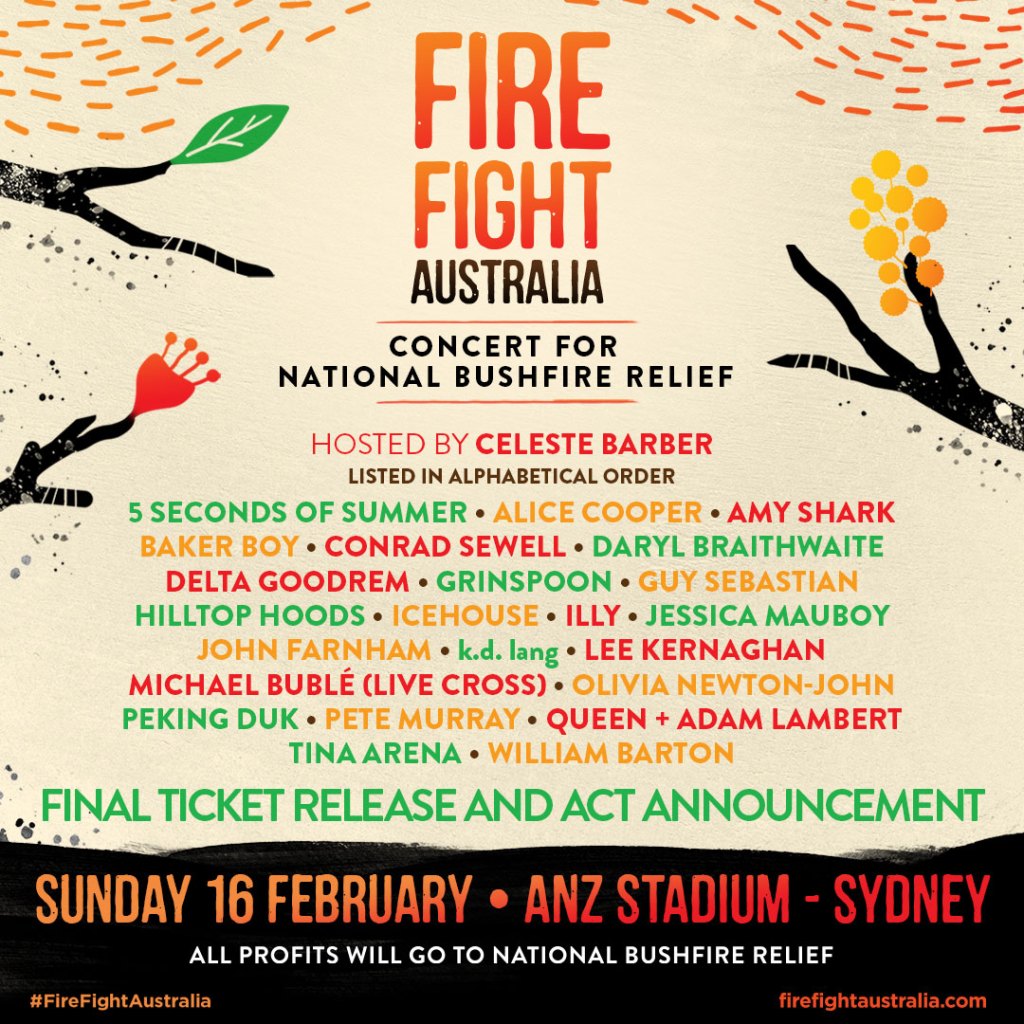 Fire Fight Australia will be hosted by writer, actor and comedian Celeste Barber, who has already raised more than $50 million towards bushfire relief through her own record-breaking online appeal.

Fans can further assist affected Australians by donating through firefightaustralia.com. Contributions will go directly to Red Cross Disaster Relief and Recovery to provide much-needed support to communities around Australia impacted by the fires.

Want more? Listen to one of our favourite moments from The Ali Clarke Breakfast Show – Tune in weekdays from 6AM on Mix102.3!
5sos australian bushfires bushfires fire fight australia Michael Buble