He’s one of My Kitchen Rules’ most hated contestants but it appears that further controversy is coming Josh’s way.

In photos obtained by New Idea, the ‘home-schooled Christian’ is pictured holding what appears to be a bong in a bathroom. 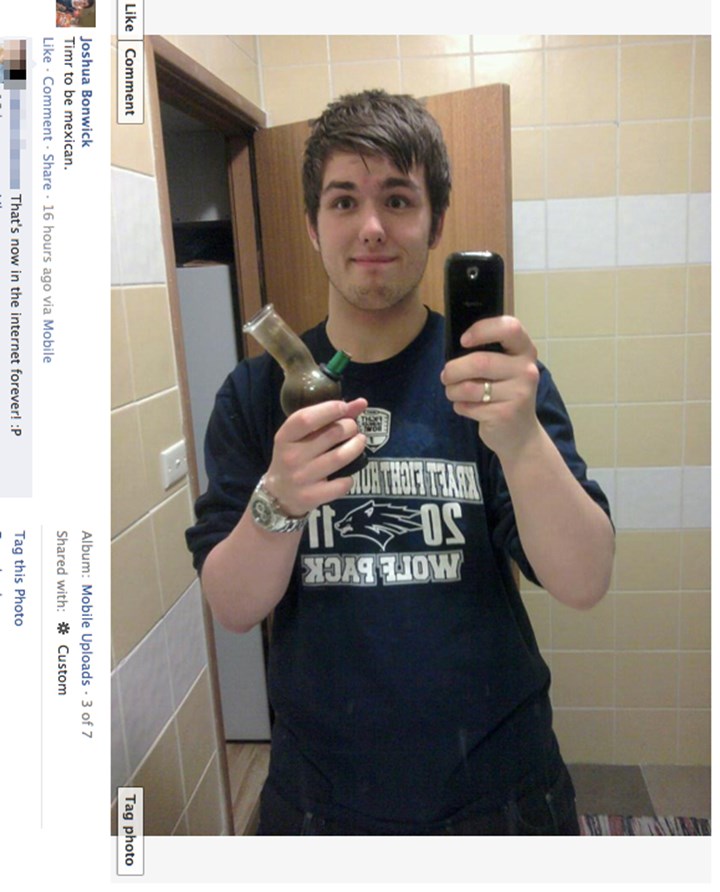 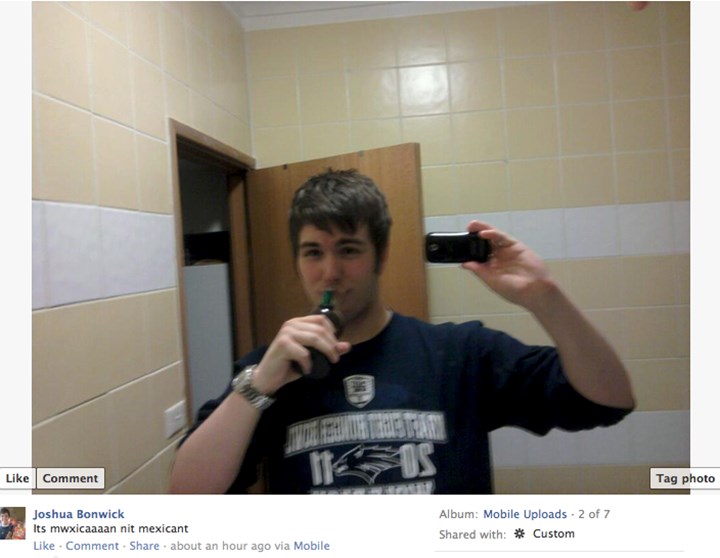 The Facebook photo captioned “Time to be Mexican” was followed by a foul-mouthed rant by the reality show contestant on somebody accusing him of losing weight “because of drugs.”

“I lose weight because of drugs? Well you get fat because you’re a Burger eating sexually frustrated hoe,” Josh replied. 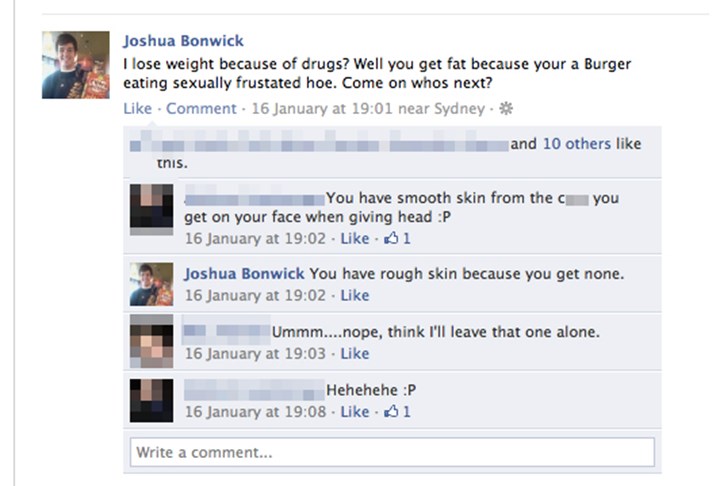 The polarising contestant – along with his brother Austin – has prompted much controversy over the past few weeks. In an earlier episode, Josh referred to fellow contestant Romel the “gay version” of a mail-order bride. It doesn’t stop there – they told Ruby that they thought she looked like “a sassy plastic chick with a friend who you brought along to make yourself look prettier.”

My Kitchen Rules continues this Sunday at 7PM on Channel 7.