Looks like the Red Hot Chili Peppers can’t keep a secret to themselves after their official Twitter account earlier today announced that they will finally be returning to Australia in 2019. 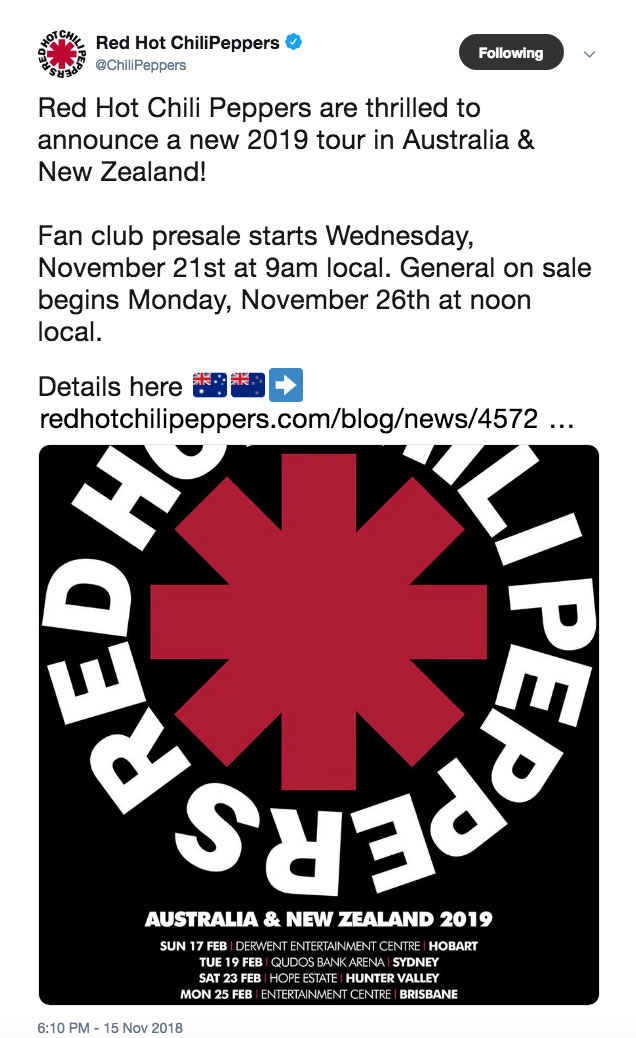 The link to the offical page with the full dates was also taken down, but luckily for you, we grabbed a pen and wrote them down before they disappeared!

We even managed to take a screen grab of the tour poster before the page was taken down! 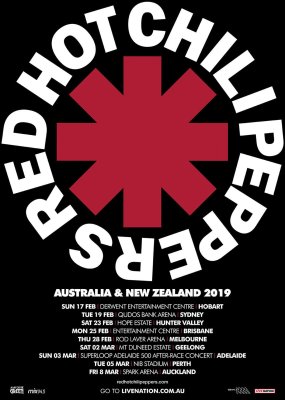 It’s also expected that the band will shortly be releasing some new music, hopefully they slip up and give that to us earlier than expected as well!

The band last toured Australia in 2013 headlining the Big Day Out.