Home to SA, Penfolds wines have found their brand was being counterfeited by Chinese frauds.

After a long-running investigation, Chinese police bust the counterfeit operation which is believed to have been operating for three years, earning $26 million.

According to a Treasury Wine Estates spokeswoman, the fraudsters were selling cheap wine and selling them as genuine Penfolds wines.

As one of Australia’s oldest and largest wineries, this is not the first time Chinese scammers have targeted Penfolds. Though, this was the biggest bust so far. 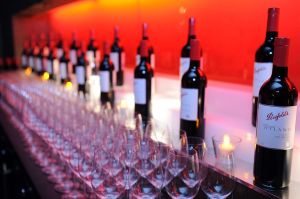 “Treasury Wine Estates works closely with authorities on any investigations like this,” the spokeswoman stated.

“We are extremely disappointed to find our business, our partners’ businesses and the Australian wine industry in this position,” Treasury Wine Estates Chief Executive Tim Ford said.

“There is no doubt this will have a significant impact on many across the industry, costing jobs and hurting regional communities and economies which are the lifeblood of the wine sector.”

Want more? Listen to one of our favourite moments from The Ali Clarke Breakfast Show – Tune in weekdays from 6AM on Mix102.3!
counterfeit fraud bust Penfolds Winery