Scotty Hodges is well-known in South Australian football and now he has revealed how his decades-long battle with undiagnosed mental illness almost cost him his life.

The eight-time Port Adelaide SANFL premiership player told Jodie & Soda about how four years of misery at the Adelaide Crows, where abuse from fans, tensions with teammates and constant injuries led to alcohol, drugs and mental illness.

“I started to hate footy, I started to hate myself…that the thing with it I just really lost it,” he said during his frank chat. “I wasn’t in a good place. I have bad thoughts, I wanted to hang myself from a tree down by the river.”

His personal stories are documented in a brutally honest autobiography called Scott Hodges: Not All Black and White. 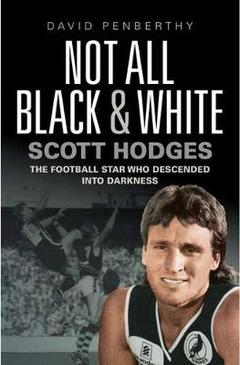 Anyone experiencing a personal crisis or thinking about suicide can contact Lifeline on 131 114 or at lifeline.org.au.

Support for anyone living with depression and anxiety can be found at Beyond Blue on 1300 22 4636 or beyondblue.org.au.

Is It Dangerous To Let Your Dog Lick Your Face?