Remember that rumour circulating the Internet around two years ago? You know that one about Taylor Swift travelling in a suitcase to avoid paparazzi? Well, it looks like it’s true!

In an interview with Vogue UK, Zayn Malik confirmed that Taylor Swift regularly gets transported in a large suitcase to avoid the paparazzi.

Don’t believe us? Read the direct quote from the magazine:

[Malik] seems more like an undergrad than an internationally swooned-over famous person. Though his small talk is a giveaway. “She was travelling around in a suitcase,” he says, eyes agog, of his pal Taylor Swift’s ability to avoid the paparazzi.

Malik is obviously well aware of Swift’s activities after pairing with the singer for the 2016 Fifty Shade soundtrack hit, I Don’t Want To Live Forever.

The rumours started swirling around 1.5 years ago when security guards were seen towing a huge suitcase out of her apartment. The exact same suitcase then reappeared being carefully transported into her car. 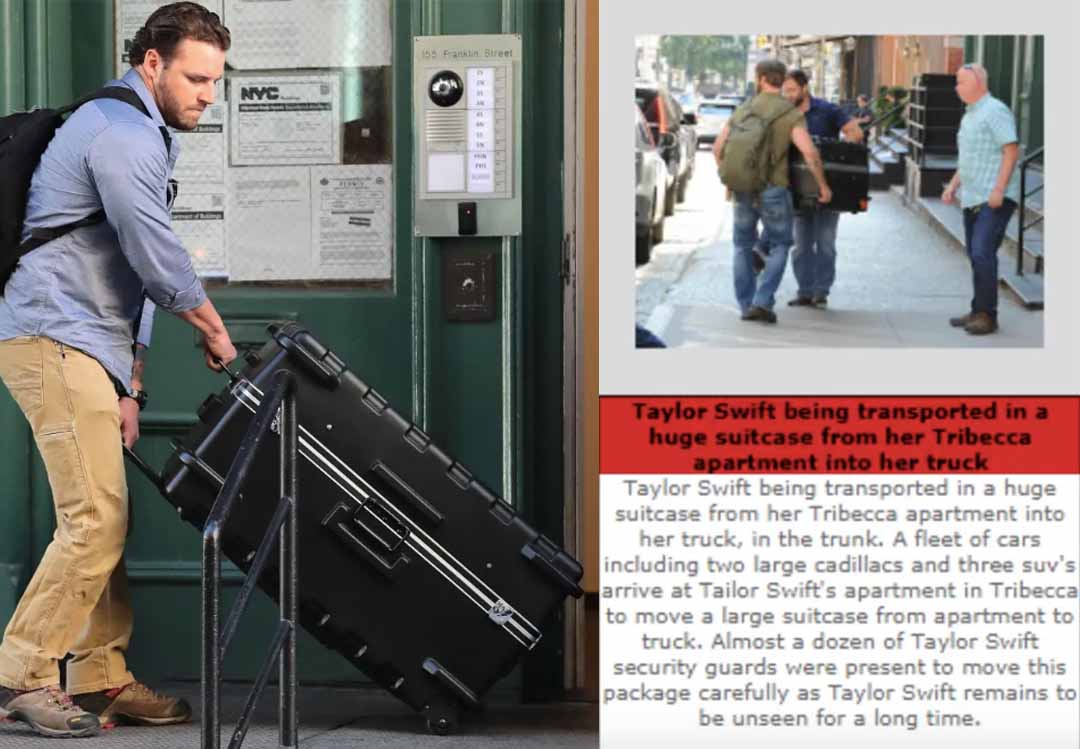 However, it was the Twitterverse’s response that truly put the cherry on top of an incredible story.

the fact that Taylor Swift’s 6 foot ass really stuffed herself in a suitcase pic.twitter.com/PQI40VxYD0

But just like imagine walking by them accidentally dropping the suitcase, and it busts open.. and then BAM Taylor swift pops out. What would you do?! 😂

taylor swift’s manager trying to close the suitcase with taylor swift in it pic.twitter.com/Kv1j3wPJJJ