In tonight’s episode of Is This The Episode Where Cass Finally Lets Nick Go? The Bachelor, a mystery.

But first, in the opening scenes, we learn something about what makes a ‘good date’. Honey Badger reckons that you need to check the weather maps. Hey man, Tinder does not give that kind of advice and now, thanks the LAWD, I know what I’m doing wrong.

We’re about to settle in to watch a Bachelor staple: the hot air balloon date with someone who’s scared of heights. In this case, Rhiannon.

Back at the mansion, Cass is wondering when she’s going to get a one-on-one date with Honey and we’re wondering if Vanessa Sunshine will ever crack a smile (seriously, is Sportsbet onto this?). Not even being included in the group date helps break the utter misery on her face.

But, but, but, wait. V-Sun insists she’s “excited” but not going to “express it in body movement.”

Back at the date with Nick, Rhiannon stumbles to answer a question that most philosophers, songs and f*ckboys also struggle with: what does love mean to you?

The date ends with Rhiannon asking Nick if he wants to kiss. It’s a level of cringe which could potentially have some body movement effect on Vanessa Sunshine.

Sidenote: not even lying, I loved all that breaking the 4th wall towards the end of that scene when they thought all the cameras were off. More please.

Meanwhile, we find that the group date is camping. Romy says she’s “froths camping”. I wonder if that’s from the mouth.

There will be a Rose Ceremony during this overnight group date and we’re told one girl won’t make it back… a terribly unsettling thing to say to a bunch of women in the middle of the bush.

V-Sun shows some evidence of being human by actually being able to pitch a tent/swag thingo and that humanlike behaviour irritated Romy.

Speaking of V-Sun, she actually showed some moxie by picking up some decent speed while quad biking, so good on her. It drives Romy absolutely bananas. Five stars.

Romy then reckons it’s a good idea to ‘warn’ Nick about V-Sun. Reminds me of the saying: What Sally says about Susie says more about Sally. I don’t think Romy has heard it.

Nick then just decided to get V-Sun aside to clear the air about whether or not she is attracted to him. For the first time, V-Sun brings up the topic that’s been on plenty of lips here on the outside: will Honey ever consider a makeover?

“So, hillbillies aren’t your thing?” he asks.

“You aren’t a hillbilly, you have lovely teeth,” she replies.

So it seems the curls are defs staying.

Things heat up when darkness falls on the camp.

Cass’s finely-tuned ears heard a slight movement of a woman near Nick, more specifically the movement that Romy had snuck into Nick’s swag.

The camera work gets a bit Blair Witchy. The sound is all giggly and we’re left with a commercial break.

Next morning Romy cracks a joke that she loves a bit of sausage in the morning before we find out what happened, sort of. Romy hopped into nick’s tent for 10 mins and had a ‘snuggle’: the exact things that, when combined, causes Cass to self-destruct.

Cut to Nick taking Cass out for some one and one time. Oh myyyy. Book the church.

They make a swing.

He tells her he likes that he can “sit next to her and be quiet”. Buuuut that his feeling for her are “evolving”. Cass makes a mental note to confirm the caterers for the wedding.

This brings us to the mystery. Cass wanted to know what happened when Romy got amongst Nick’s pitched tent. He said they were doing some star-gazing. OK.

Thing is, these swaggy-tent things seem to be fully covered: 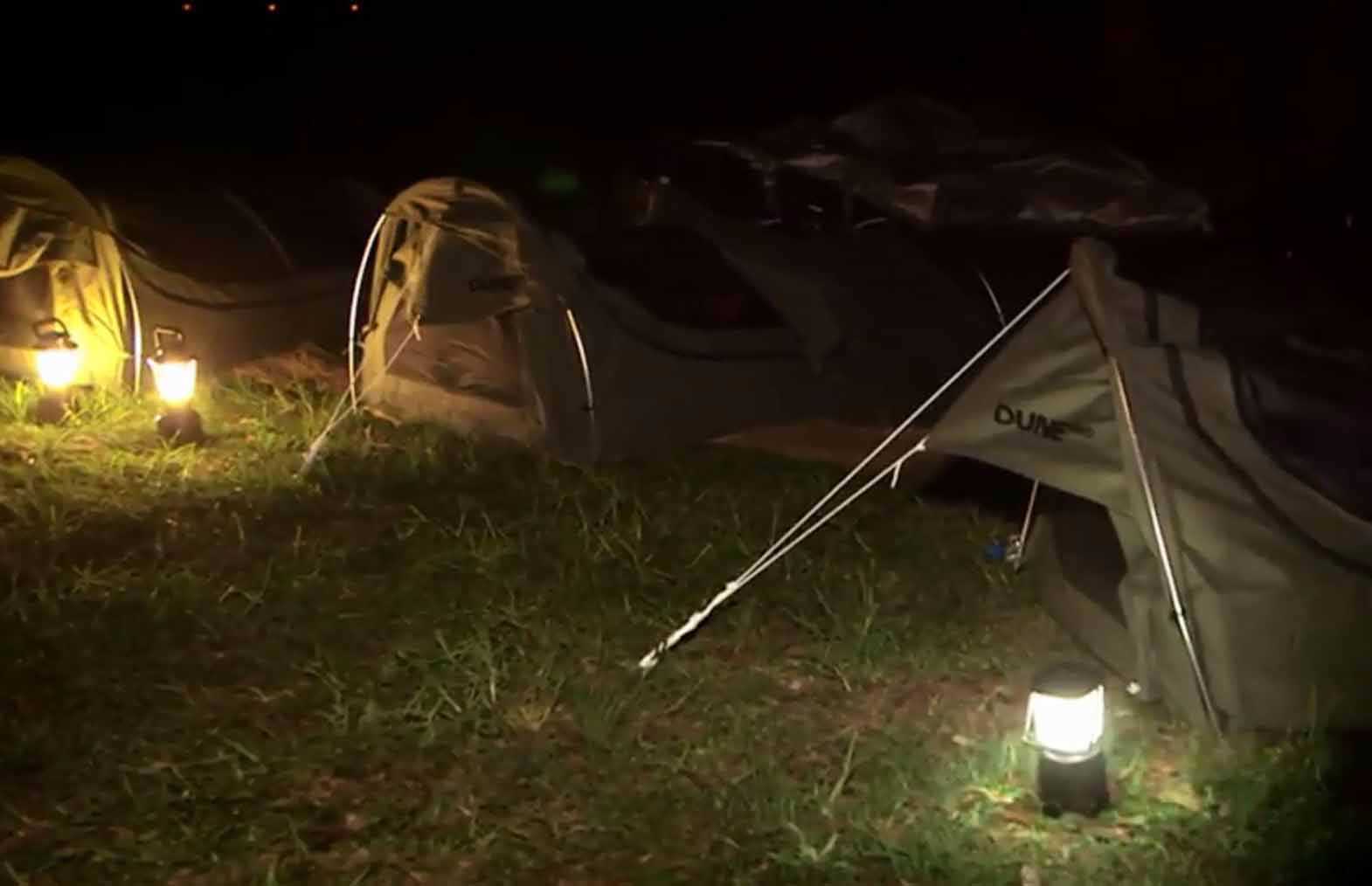 Who got a rose?

Cassie (pretty sure I just lost a bet)

Which means Vanessa Sunshine was left to live in the bush, we wish her well.

But gird your loins… the intruders wildcards are coming…