He’s one of Australia’s most beloved Olympic heroes, a former world record holder, and just an all around good bloke. And yesterday marked 18 years since his finest ever moment: The Mens 4 x 100m Final at the Sydney Olympics.

In fact, it’s arguably the greatest moment in Australian sporting history. And he joined the Will & Woody Show to tell us all about the bitter rivalry between Australia and the USA at that particular Olympics. And let’s be honest, there’s nothing better than shoving it up the Yanks.

Especially after Gary Hall Junior, renowned arrogant American swimmer, stated that the US team would “smash the Aussies likes guitars”. And all Aussies will remember the famous air guitar celebration after Ian Thorpe mowed down Gary Hall Junior in the final leg of the legendary race. Oh, sweet justice. But, the story continues far beyond the swimming pool. WATCH his chat with Will & Woody as Michael Klim reveals all about the timeless rivalry.

Catch Will & Woody live on your airwaves from 4-6pm weekdays 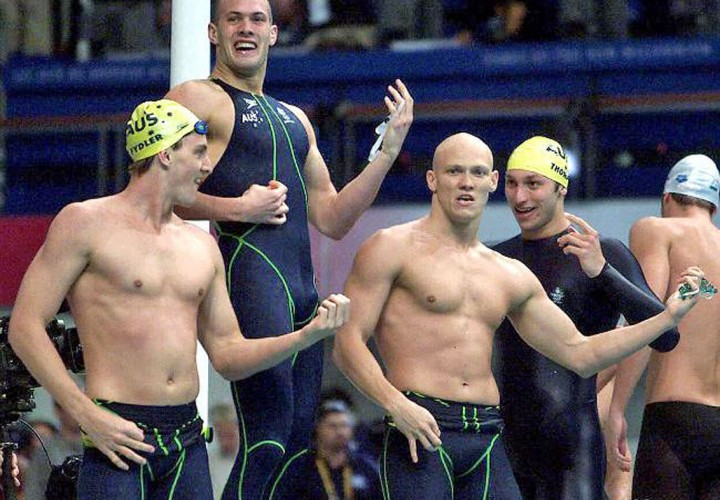 This Prank Call By Bob Odenkirk (Aka Saul Goodman) Is Gold!

Pia Miller Shocked As Her Sexy Insta-Pics Get Re-enacted!

Trump & Kju On A Bender Together... This Is OUTRAGEOUS!

Sophie Monk Giving Out Love Bites...? You Gotta See This!