John Travolta has got the thumbs up from fans for being in Adelaide over the weekend despite asking for hundreds of dollars in return for a meet-and-greet with the Grease star.

Mix102.3 breakfast hosts Jess and Soda put the call out across social media to ask for stories from fans who had met the Hollywood megastar and they weren’t short of responses.

After flying in on his private jet on Friday, Travolta was at Wayville Showgrounds on Sunday for Supernova, a ‘Comic Con and Gaming’ exhibition.

Fans reported paying $200 for an autograph, and a further $240 for a photo with Travolta, who also did a Q&A on stage.

So far, no-one has said it wasn’t worth the money.

“He’s a very lovely down to earth guy. There were such big crowds there but he kept his cool,” Belinda from Parafield reported back to Jess and Soda.

“Adelaide was so lucky to have someone of his calibre here.

“We got a firm handshake, he held us tight for the photo.

“I paid $440 all up which included a photo and an autograph. It was a two separate experiences so we had the photo first which was a nice personal experience then it was another wait for the autograph and he signed his photo. 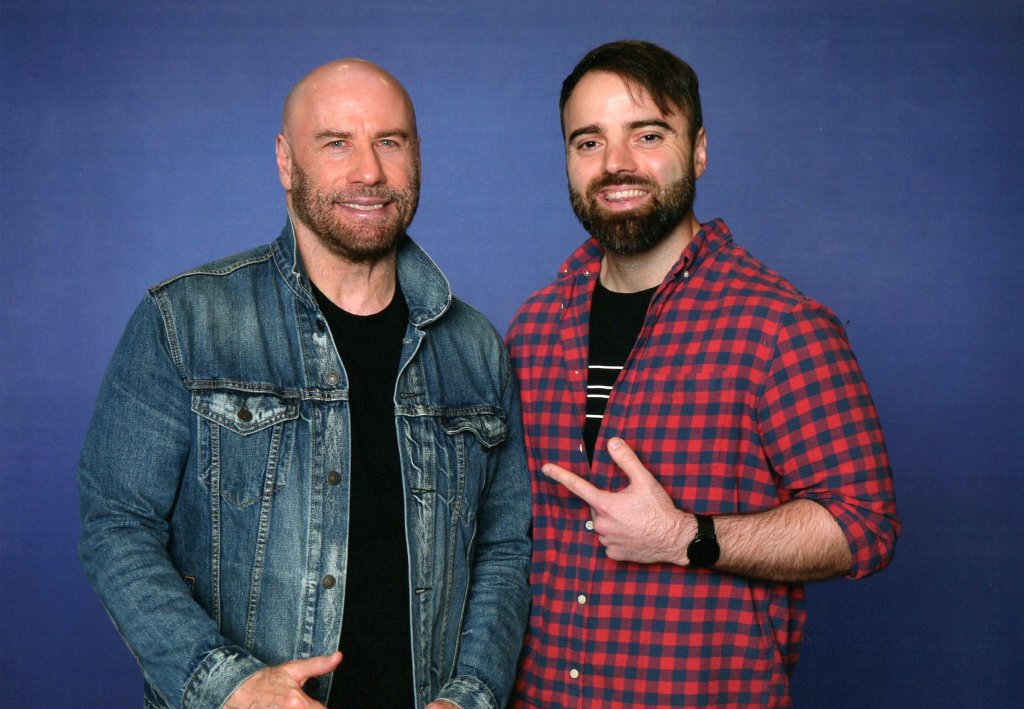 “A very different appearance these days from the Grease that we all knew but he looks lovely, I think he’s really rocking that new hairstyle.

“It didn’t bother me (the money spent), I thought it was very worthwhile and I think a lot of other people agreed.

“It was very short and sharp I must admit, I thanked him for his work. He looked at me and said ‘thank you very much’. He’s a big role model for a lot of people.”

Want more? Listen to one of our favourite moments from The Ali Clarke Breakfast Show – Tune in weekdays from 6AM on Mix102.3!
adelaide comic con john travolta supernova

Soda Sits Down To A Steak Bigger Than Most Babies