After four failed attempts to give away the cash last week, it all came down to Monday when Jodie and Soda sent Mouse to Lightsview to leave $5,000 on Dorothy’s front door step.

She had 30 seconds to answer the door after we played the My Kitchen Rules doorbell on-air but she barely needed five of them, flinging the door open in her nightwear to greet Mouse with a kiss!

Dorothy was overcome with emotion, even letting out one or two words we’re not meant to say on radio. But who could blame her, she’s $5,000 richer! 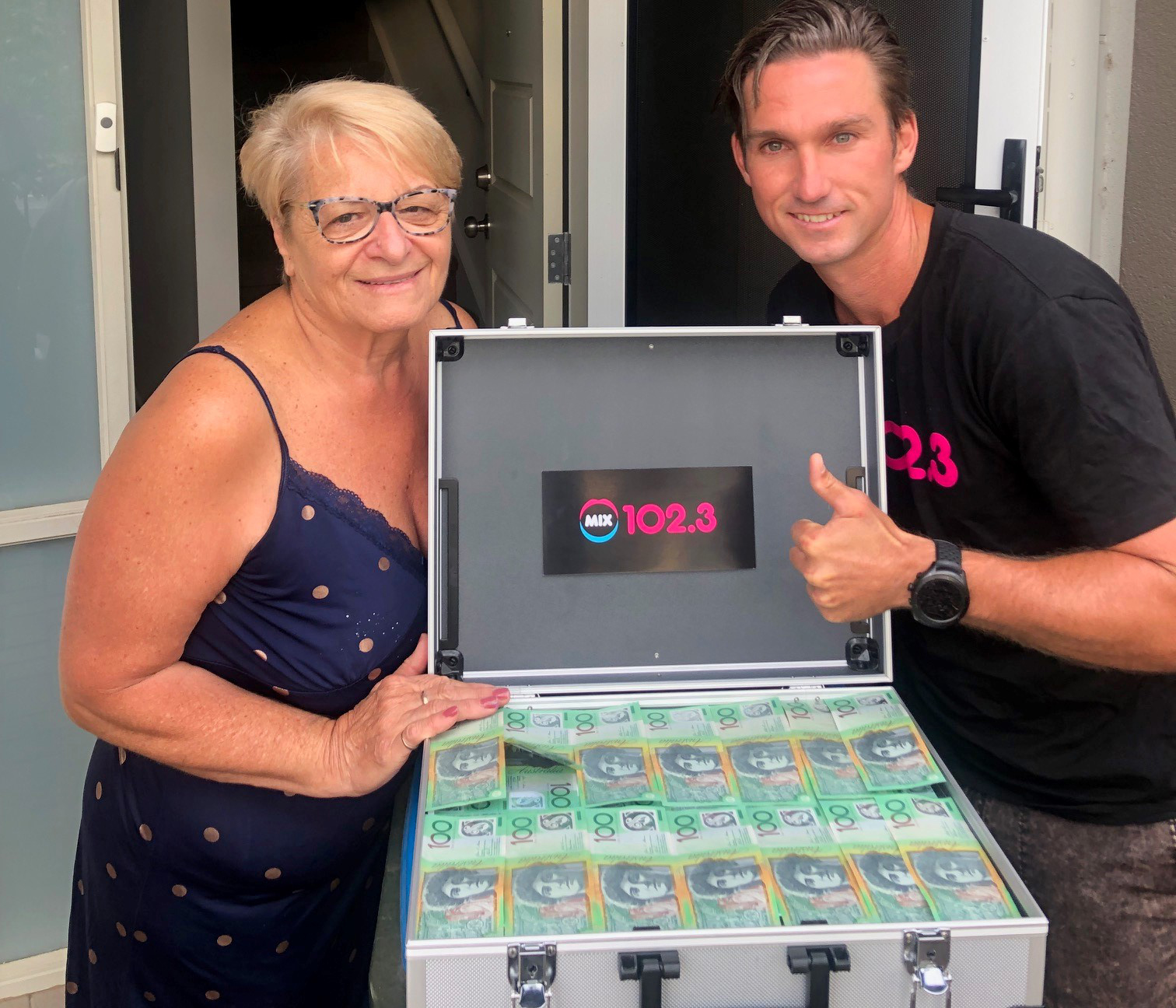 Mackenzie's 'rockstar' return to school in Limo and Chopper