Pete Davidson has been spotted for the first time since his split with Ariana Grande earlier this week.

The comedian looked gloomy as he arrived at his mum’s house in New York following the breakup.

While Ariana covered up her “Pete” tattoo in a recent TV appearance, it seems like Pete’s “AG” ink remains. However, it appears that his infamous Dangerous Woman neck tattoo has been covered by a big black heart. 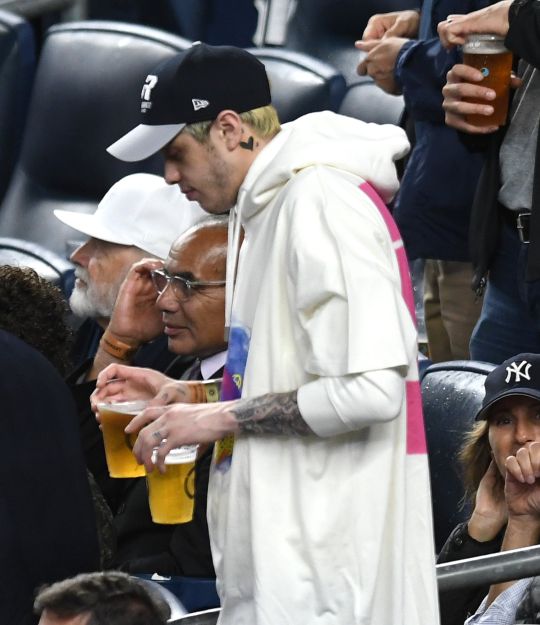