A sharp-eyed shopper in Adelaide has spotted a new Oak flavoured milk that has captured the imaginations of a local Facebook group.

Ellie Aragon appears to be one of the first to get her hands on Oak’s new limited ‘Cinnamon Donut’ flavour milk.

“You’re invited to a doughnut-themed drinks party celebrating the sweet union of Oak and Woolworths,” it reads on the side of the carton.

Yes, the new milk appears to only be available from Woolworths but is totally legit as it’s right here on their website. 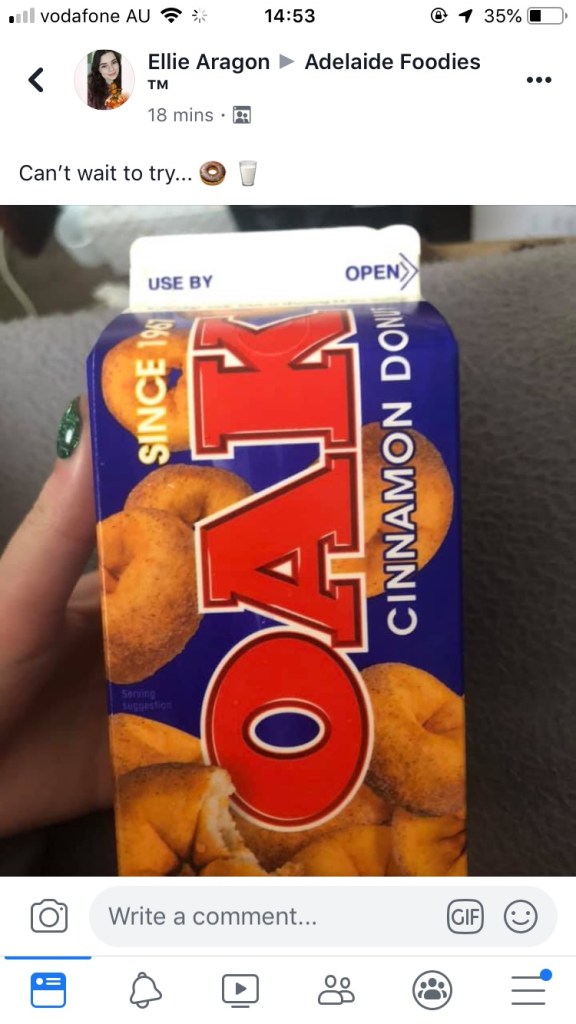 “I need”, wrote another succinctly.

“The cinnamon is subtle but you can taste it…. if you like sweet flavoured milks you’ll love it.”

One keen customer already reported trying to get the milk but none were in stock.

We’re guessing that they’re so new that a lot of Woolworths don’t have them yet.

Want more? Listen to one of our favourite moments from The Ali Clarke Breakfast Show – Tune in weekdays from 6AM on Mix102.3!
cinnamon donut flavoured milk oak