One of New York’s most popular pizza joints has just introduced the most unlikely addition to their menu.

Master Pizza Chef Giovanni Rosa from Rosa’s Pizza in Brooklyn is known for coming up with unique pizza combinations and reckons that Vegemite is one of Australia’s best kept secrets. 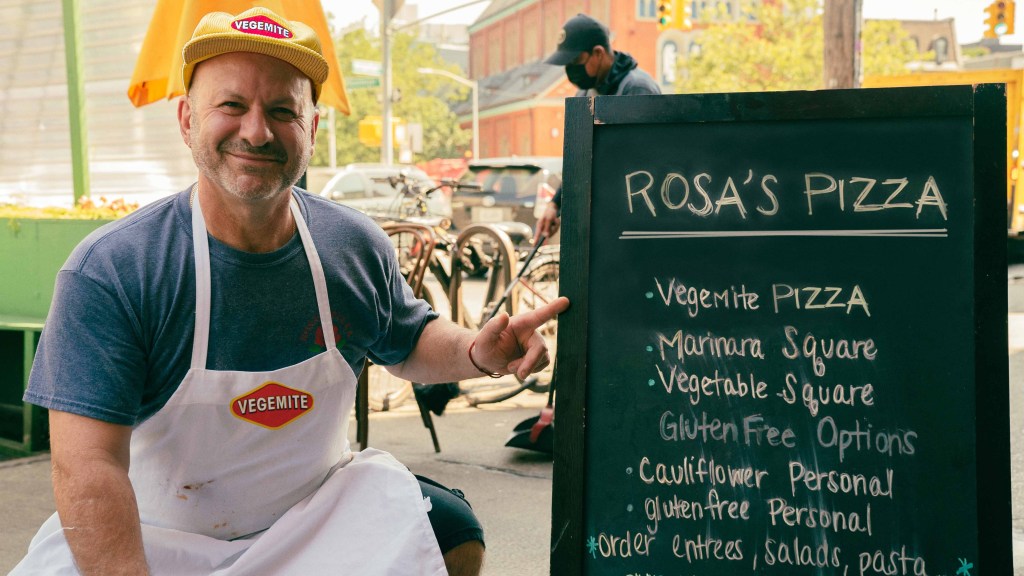 It’s not known how he first came across our national spread however what is known is that as soon as he tried it, Giovanni knew it would work great on a pizza, just like anchovies (his favourite pizza topping).

He loves it so much, Giovanni really wants to encourage Aussies to think outside of the Vegemite-on-toast box and to use it in our cooking (yesss! Who else uses it in bolognese sauce?) and also wants to show New Yorkers how to eat Vegemite the right way. Ya know, the ‘less-is-more’ approach and to perhaps not make their own.

If you have mates in NYC, Giovanni’s Vegemite Pizza will available at Rosa’s Pizza in Brooklyn, New York, from Sunday October 3 (New York time), until sold out!

Advertisement
Advertisement
Want more? Listen to one of our favourite moments from The Ali Clarke Breakfast Show – Tune in weekdays from 6AM on Mix102.3!
new york Vegemite

You Can Now Welcome In The Weekend With Sparkling Margarita Cocktails In A Can!

Here's How You Can Make Your Own Rocky Road Cheesecake Ice Cream Cones!

Bundaberg Has Released Rum Ball Liqueur In The Lead Up To CHRISTMAS!