Mix102.3 breakfast host Mark Soderstrom has been warned his stomach could rupture and he will be consuming fat equivalent to three whole packets of butter when he attempts to eat a 4.2kg T-Bone steak tomorrow.

Dietitian Louise Mudge (@bespokedietitan), who works at Gastroenterology SA, was in the Mix102.3 studio this morning – baring gifts in an effort to subdue Soda’s expected reflux, diarrhea and constipation.

Watch the video above as Louise details the hell Soda is going to be putting his body through when he attempts to eat a 4.2kg T-Bone steak. 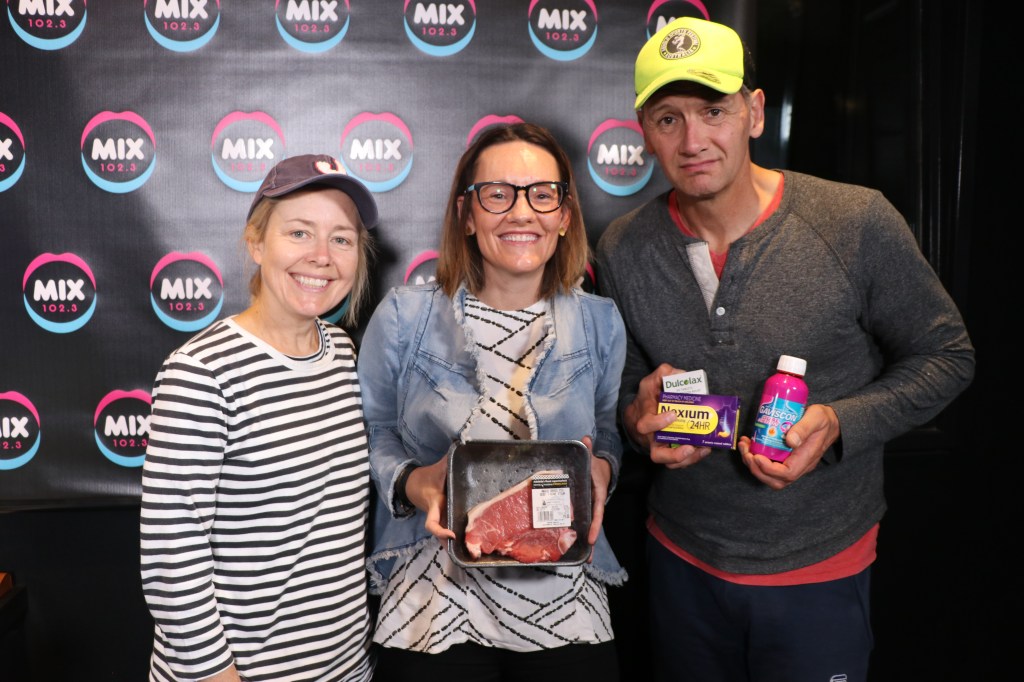 Dietitian Louise Mudge came with the essentials Soda will need to survive the impact of eating a 4.2kg steak.

Louise said many gastroenterologists she spoke to thought Soda would vomit while attempting the challenge and there was a slim chance of his stomach rupturing from the sheer volume of food going into it.

“You’ll get reflux, heartburn,” she said. “That’s really going to kick in on Thursday night. You’re going to have the most horrendous sleep. Then when it hits your gut you’ll have a really loose bowel motion because of the high fat initially but then you’ll get constipated.”

We also learned from Louise…

– Co-host Jess will need a mask in the studio on Friday as “those sugars can cause a lot of gas”.

– It will take four days to burn off the calorie load – or up and down Mt Lofty 17 times – without eating anything else.

– The fat content is equivalent to eating three packets of butter.

– It’s about the same size as 17 supermarket T-Bones.

Soda spent part of this year as a world record holder when he rode a ferris wheel for 52 consecutive hours without sleeping. But it was overtaken just months later and his penchant for the title of ‘record holder’ has remained burning.

So Soda got the idea of doing an eating challenge because it lined up perfectly with being in New York for the marathon in little over a week’s time. He figured New York was the home of quality food and competitive eating, and he’d be in desperate need to replenish his body after running a marathon so this was his opportunity to be a record holder once again!

Soda’s practice will come on Thursday at midday when he sits down to a 4.2kg cut of meat from Austral Meats at Gaucho’s Restaurant on Gouger St.

He’ll be joined by Jake Edwards (@hungry_dwarf), South Australia’s No.1 competitive eater, who will attempt his own 4.2kg beast.

Even Jake said this will be the biggest eating challenge he has ever attempted and is just 85% confident of finishing.

“Bring your hungry,” he told Soda.

The steak has already arrived and the photos of it that came through this morning are mind blowing. 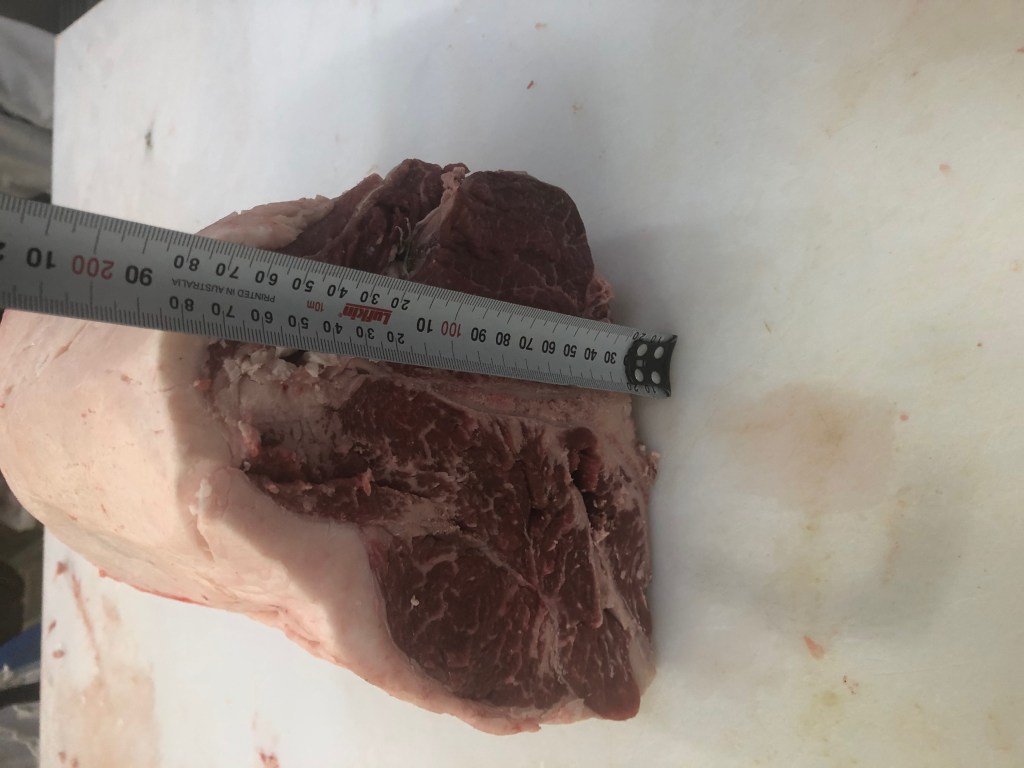 The actual steak Soda will be eating tomorrow.

Advertisement
Advertisement
Want more? Listen to one of our favourite moments from The Ali Clarke Breakfast Show – Tune in weekdays from 6AM on Mix102.3!
dietitian eating challenge mark soderstrom

How Paulini Was Tricked Into Revealing A Masked Singer's Identity

Would I Lie To You? When Jess Met Brad Pitt!