Erin Phillips is putting the boots in which she reached footy immortality up for auction to support the recovery of South Australian wildlife in the wake of the bushfires that devastated Kangaroo Island and Cudlee Creek.

By Monday 17 February, the winning bidder will become the new owner of the boots in which Phillips led the Adelaide Crows onto Adelaide Oval for the first time as they claimed the 2019 AFLW Premiership. 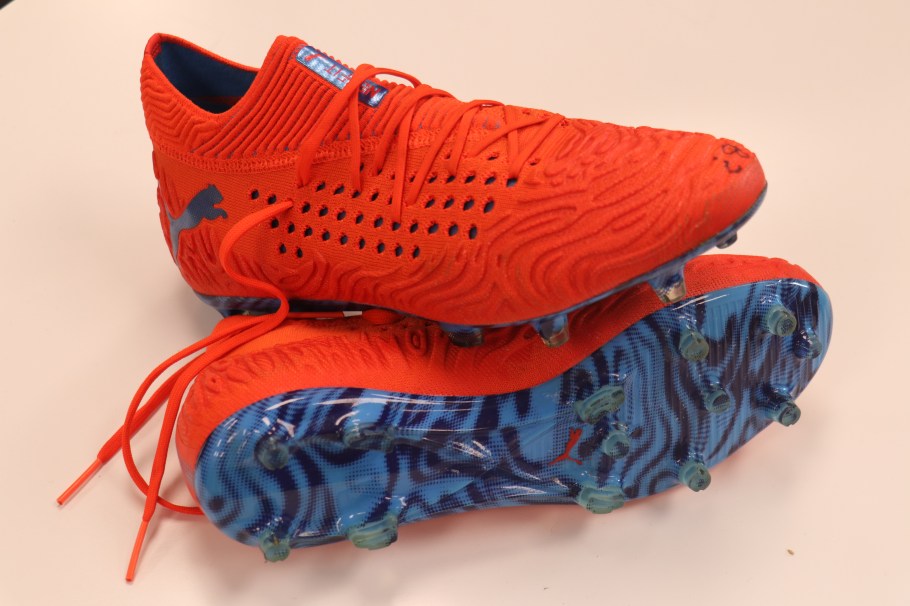 The football boots Erin Phillips wore during the 2019 AFLW grand final in which she won the best-on-ground medal and captained the Crows to their second AFLW flag.

Erin not only lead the Crows to their second AFLW Premiership but she also made history by winning her second medal for best-on-ground in a grand final despite playing just two-and-a-bit quarters. 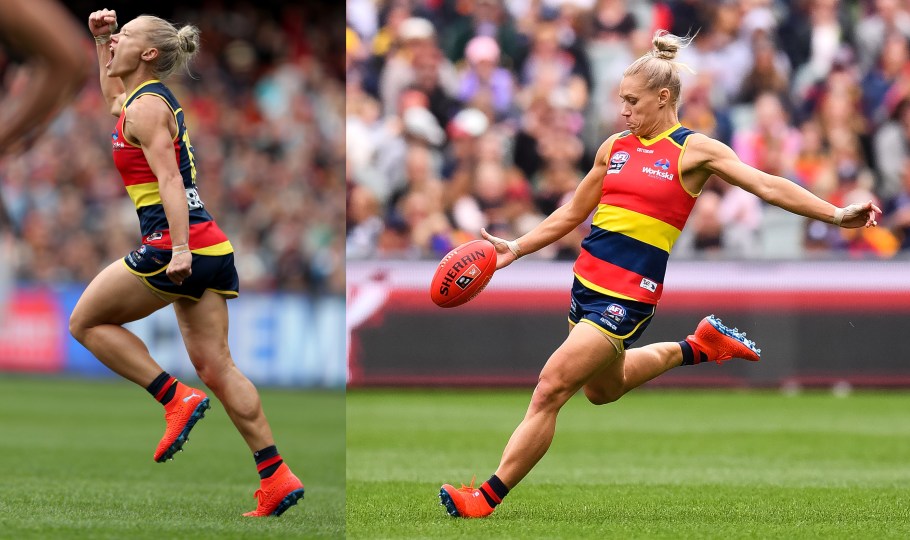 Erin Phillips won her second medal for best-on-ground in a grand final in just two-and-a-half quarters.

The boots were part of the absolute highs as she dominated Carlton in front of 53,000 fans at Adelaide Oval, as well as the absolute lows of succumbing to a devastating knee injury in the third quarter that required a knee reconstruction.

Erin was famously given a standing ovation as she was transported off the ground, admitting she wondered if that was the last time she would leave the ground as a professional sportsperson. 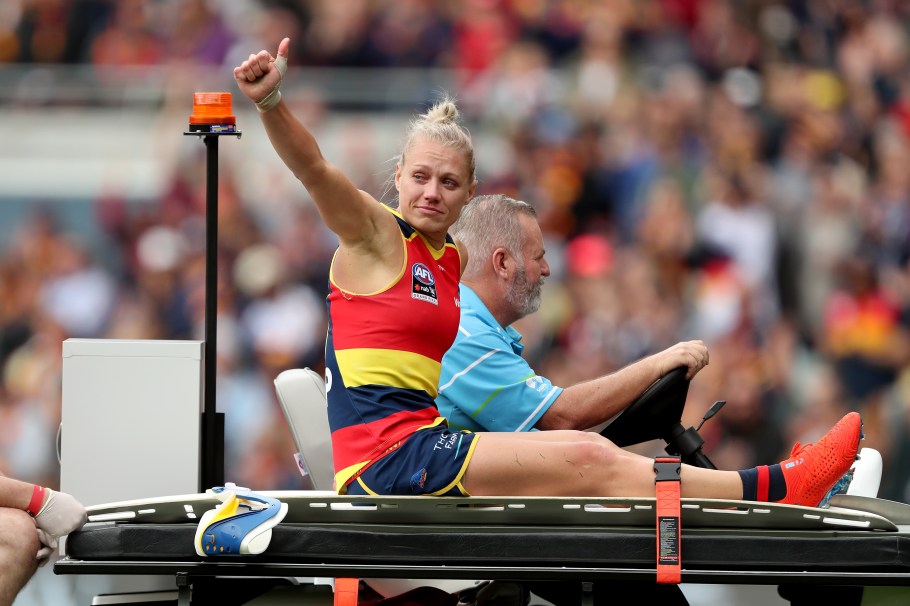 Heralded as one of Australia’s greatest ever athletes, having reached the peak of both basketball and football during her sporting career, Erin is also a passionate advocate for animals, and decided this was her way to “do my part” to raise some money.

“I have grown up as an animal lover, and just seeing the horrific photos throughout the bushfires of the animals that were affected, that was really hard to watch,” Erin said.

“I have been feeling so helpless so this is a small way of helping out and doing my part to raise some money.”

“These were my grand final boots which I wrote ‘T’ for (wife) Tracy and ‘B’ for (son) Blake on the left toe, and then ‘B’ for (daughter) Brooklyn and a question mark because Tracy was pregnant with our third child at the time and we didn’t know what we were having.” 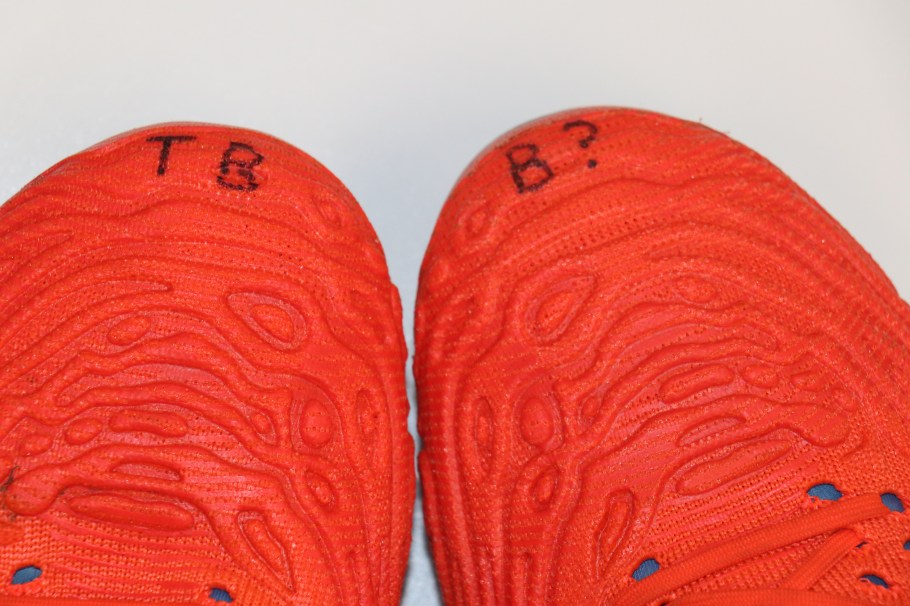 Erin Phillips grand final boots with the initials of her family on the toes.

Erin has decided that all the money raised from the sale of the ‘Puma Future’ boots will go to the SA Wildlife Recovery Fund.

The organisation is focused on the medium to long-term re-establishment of the habitat for our wildlife affected by the fires. Money will support local landholders, farmers and community groups in fire affected regions to assist natural regeneration through activities including weed control, fencing and restoring the habitats of fire affected national parks. Specific programs include replacing nesting boxes for glossy black cockatoos, tree planting days on Kangaroo Island and ongoing watering programs.

The online auction is taking place AT THIS LINK and will close at 7pm on Monday 17 February 2020. 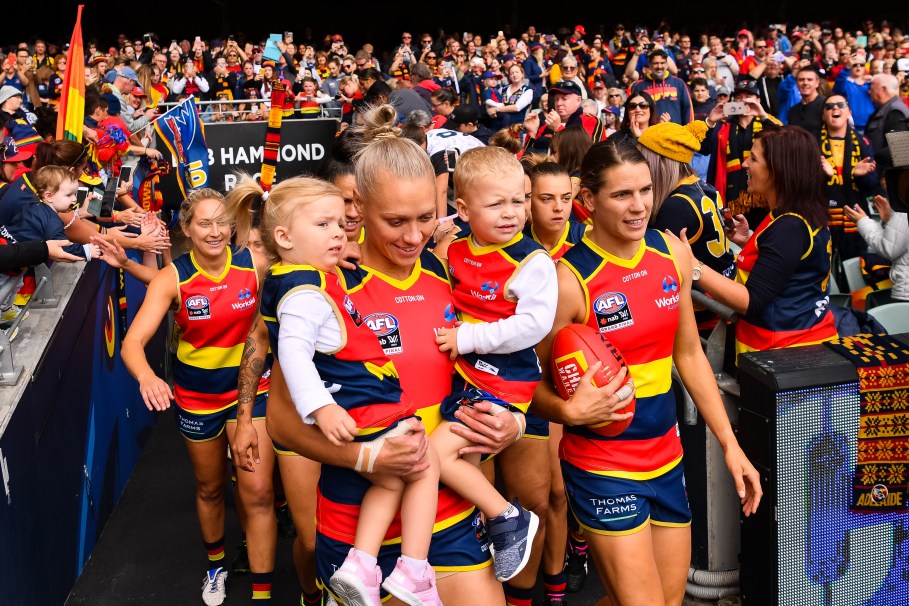 Erin Phillips walks out onto the ground with Blake and Brooklyn for the 2019 AFLW Grand Final, the first women’s AFL match to be played at Adelaide Oval.

Is It Weird For Australian Adults To Drink Plain Milk?