Poaching on the innocent, Foodbank SA has recently been informed that people are being contacted by a Facebook page acting as Foodbank SA. Asking for their credit card details to ‘win cash’, the page is praying on innocent people trying to steal their money.

Three people have confirmed they were targeted by the posers and have now cancelled their credit cards.

Foodbank SA chief executive officer, Greg Pattinson has said they were alerted over the weekend after they were contacted by concerned people.

Foodbank SA has since contacted Facebook to pull down the page but were astonished when Facebook said the removal of the account was outside their community guideline responsibilities.

“It (the fake page) was blatant fraud and deception … it’s now up to us to tell people, it’s terrible,” Mr Pattinson said. 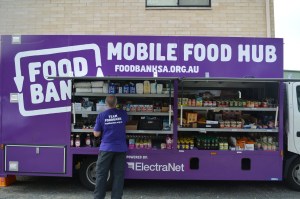 With a 47% increase in demand over the past year due to the pandemic and bushfires, Foodbank SA is very concerned about innocent people being targeted.

“The fact that someone would actually prey on people … that are struggling to get food on the table is one thing. We’re obviously seen as a soft target.”

“We’re trying to do the right thing, but it doesn’t help when people are trashing our reputation … it’s quite disturbing.”

Please be cautious if you are contacted by Foodbank SA asking for credit card details.

Want more? Listen to one of our favourite moments from Erin Phillips & Soda – Tune in weekdays from 6AM on Mix102.3!
adelaide Foodbank SA fraud