Residents of suburbs in the Adelaide hills, Burnside, Salisbury districts and Tea Tree Gully are among those being urged to leave their homes today, even before there is a fire in the area.

With the temperature set to reach 42 degrees today, and strong winds forecast, the Country Fire Service has issued a dire warning of the implications of not being ‘bushfire ready’.

“If they haven’t quite got their plan in place it would be a good idea if they left the area and left early because once a fire starts it’s way too dangerous to be on the roads,” CFS state duty commander Yvette Dowling told Jess and Soda on Mix102.3, which you can hear in full below.

“If they’re not sure, make a decision now to go to a safer place.”

There are 111 schools across the state which will be closed today, including many in Adelaide like Belair Primary, Blackwood Primary, Tea Tree Gully Primary, Evanston Gardens Primary, and Flagstaff Hill R-7 . You can see the full list here. 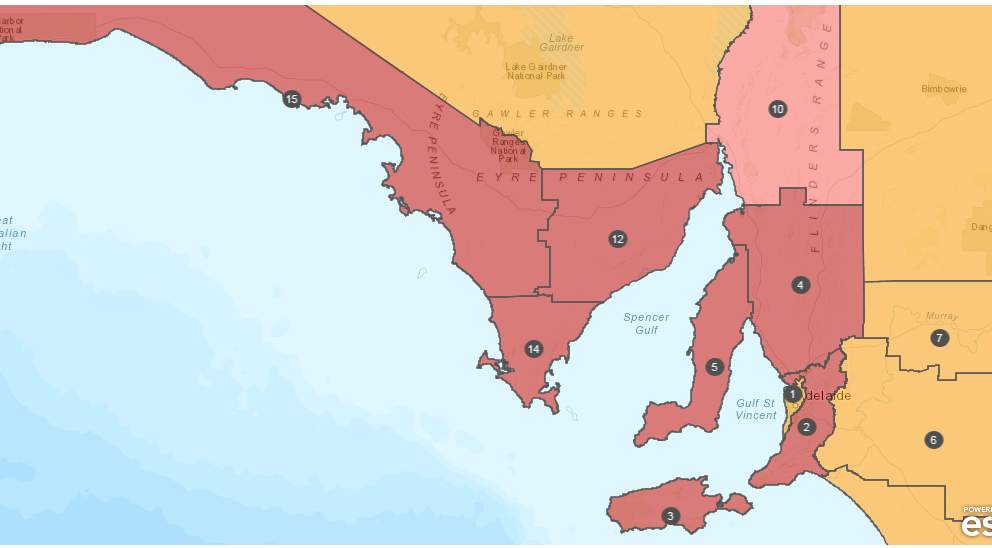 Yvette says today’s conditions would be just as bad as those of ‘Black Tuesday’ in 2005 when a fire that started at Wangary killed nine people, destroyed 93 homes and blackened 80,000 hectares.

“Don’t undertake any risky behaviour and make sure people are aware of what’s going on around them so if you’ve decided to stay in the area make sure you stay informed by either looking at the CFS website, our social media pages or by listening to radio stations,” she said.

It is important to remember the catastrophic fire conditions are expected to continue well after dark tonight, with the threat only easing by Thursday morning when the temperature will drop back into the 20s.

Yvette said CFS volunteers had taken today off their regular jobs to man the stations to be prepared for any emergencies they’re required for.

Reminder:The community are advised that TOTAL FIRE BANS have been declared for 20-Nov-19 throughout South Australia. Refer https://t.co/tHOVZwLzvB for more information. pic.twitter.com/MXNebyfHxd

Mount Lofty Ranges, which is one of seven SA districts under ‘Catastrophic’ fire danger, is made up of the following areas:

Advertisement
Advertisement
Want more? Listen to one of our favourite moments from The Ali Clarke Breakfast Show – Tune in weekdays from 6AM on Mix102.3!
adelaide bushfire cfs warning