Floating 1km off-shore, in the middle of the night, emergency services pulled off a miraculous rescue last night by spotting a faint torchlight.

A 45-year-old woman was out for a night dive with a group of divers at the Port Noarlunga Jetty, when she was pulled out to sea by a strong current.

Emergency services were called at 10:20pm reporting the distressing realisation. 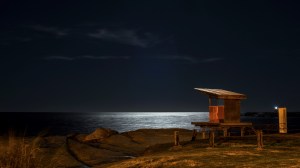 According to the SA Police, Southern District patrols were able to establish points along the coastline and were able to spot the faint torchlight of the women who had drifted approximately 1km off-shore.

After a grueling hour-long rescue in the dead of night, a rescue helicopter and sea rescue boats located the women and the diver was successfully retrieved at 11:20pm.

Paramedics reported that the 45-year-old woman was fatigued but was otherwise healthy.

“If it hadn’t have been for that torchlight she had, I think things may have been a bit different,” Senior Constable Dawson said to ABC News.

SA Police thanks everyone involved.

Want more? Listen to one of our favourite moments from Erin Phillips & Soda – Tune in weekdays from 6AM on Mix102.3!
adelaide rescue