September 22nd, 2017 was a day neither Geoff or his mate Nigel will ever forget.

They were three hours north of Marree on the Birdsville track – one of the most remote parts of South Australia – when Geoff came across hot springs that reach temperatures of more than 90 degrees.

“I was about a metre away and then the ground collapsed and I just started sliding in,” Geoff told Jess and Soda on the Mix102.3 breakfast show on Wednesday morning.

“Then it’s like quicksand, there’s not a lot of water in there, it’s like silt. Then I started sliding in and it was up to me chest. 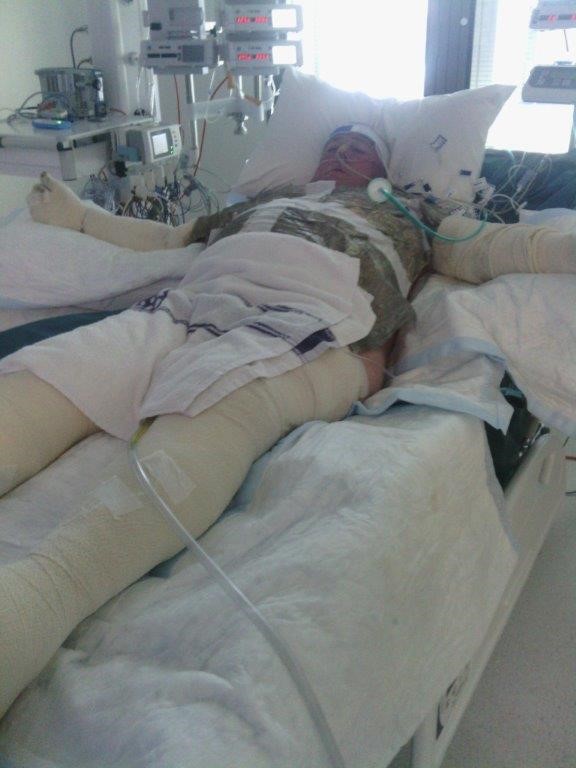 Geoff in hospital with burns to more than 80 per cent of his body.

“As soon as my toe touched it, I just screamed and there was nothing I could do until I hit the bottom.”

Watch the video above as Geoff and Nigel describe the horrific situation that changed their lives forever.

Geoff, then 58, from Flagstaff Hill, weighs about 100kg but with the adrenaline flowing, his mate Nigel, dragged him out in one go.

“He did good,” Geoff says with authenticity.

But there was a lot more to be done.

“I looked down and ripped my clothes off and whole sheets of skin were just falling of me chest,” Geoff says.

Listen to Jess and Soda’s full interview with mates Geoff and Nigel on the Mix102.3 breakfast show in the audio below… 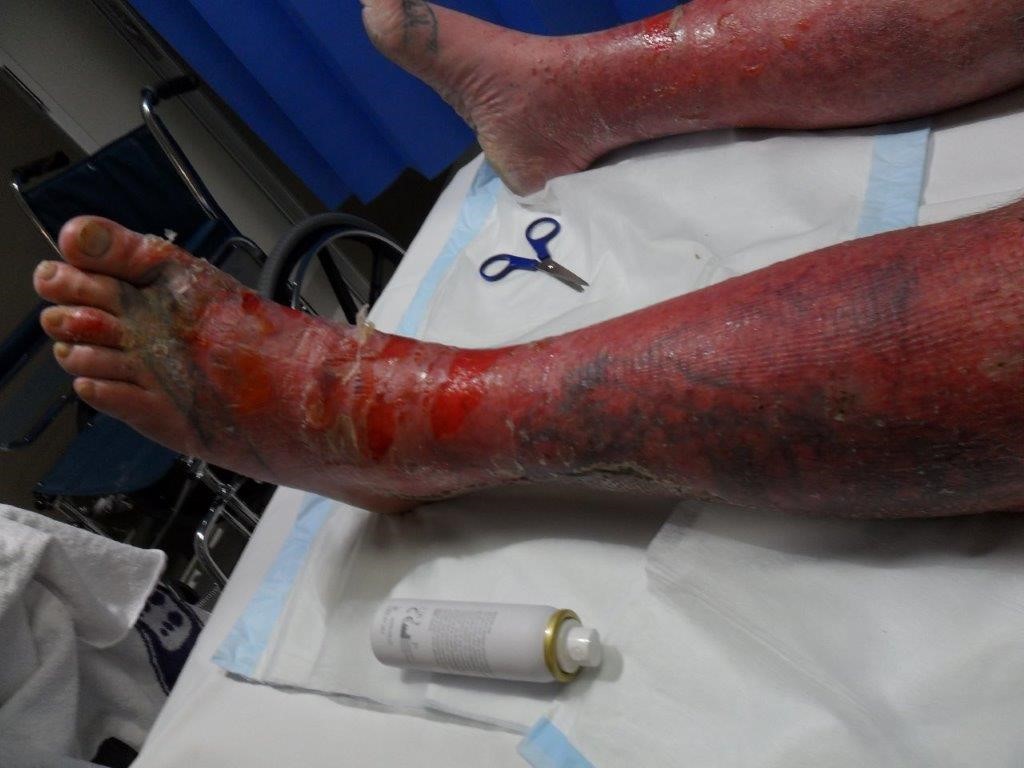 Geoff had suffered horrific burns to 80 per cent of his body and was more than an hour away from the nearest town without any method of communication – other than an EPIRB.

It was the first time the duo had carried an emergency signalling beacon and Geoff knew he had to stay conscious to instruct Nigel how to use it.

The EPIRB signal was received at Australian Rescue Co-Ordination Centre in Canberra, which tracked the signal moving towards Mungerannie and alerted local pub owners Phil and Deb to be prepared.

Nigel had kept Geoff as cool as he could, using ice from their esky, while driving him the one hour to Mungerannie.

Deb alerted Royal Flying Doctors and luckily a crew was in the area and landed within an hour.

The RFDS team of six worked for hours to stabilise Geoff and were joined by a RFDS ambulance carrying desperately needed pain relief. 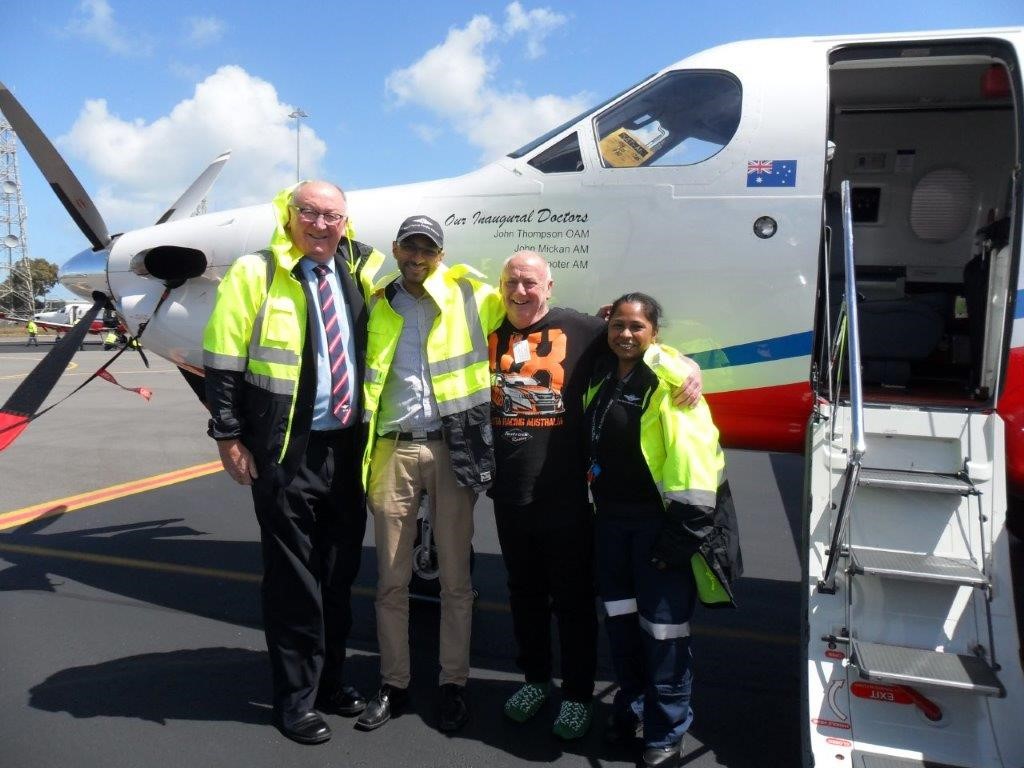 Geoff getting reacquainted with the Royal Flying Doctor Service after they saved his life.

Stations owners also drove hundreds of kilometres as the pub set up an outback emergency department on the pub toilet block veranda.

They almost lost him a few times but eventually he was able to get on a plane to Adelaide.

He still has scars from that day but he has learned to walk again and is back at work. Nigel has been nominated for a Pride of Australia Award

Advertisement
Advertisement
Want more? Listen to one of our favourite moments from The Ali Clarke Breakfast Show – Tune in weekdays from 6AM on Mix102.3!
jess adamson jodie and soda royal flying doctor service