There has been a massive response from Australian motorists demanding that cyclists must ride in single file on our roads.

A group calling themselves Drivers For Registration of Cyclists have launched a petition calling for change, and they have been overwhelmed with the response.

At the moment cyclists are allowed to ride two abreast while on the roads, providing they are no further than 1.5m apart. 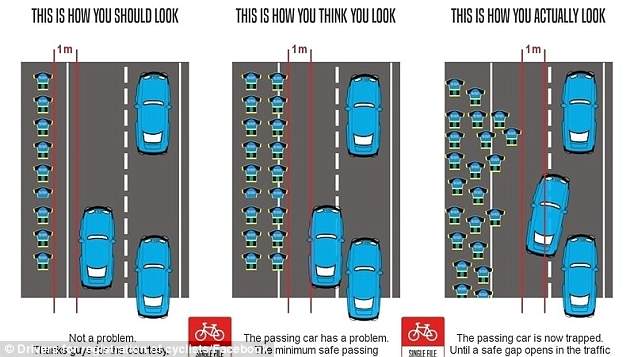 The petition reads, ‘We, the undersigned, respectfully call on the Transport Ministers of each and every State in Australia, and each State Cabinet, to implement for all cyclists who ride in groups, regardless of whether a bike lane exists or not’

‘We also call on the respective Transport Ministers of Australia to implement a prohibition of cyclists on all roads with a designated speed limit higher than 80kph if those roads don’t have designated Bike Lanes.’ 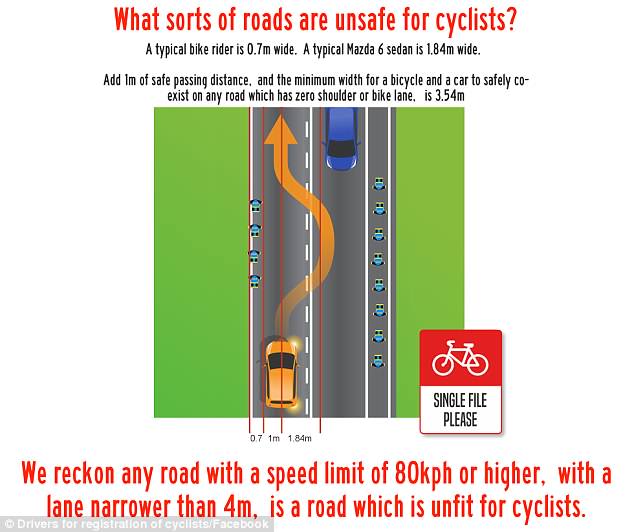 The petition continues, ‘Again, we say, Transport Ministers of Australia, please implement Compulsory Single File and ban cyclists from roads with a speed limit higher than 80km/h if no bike lane exists,’

Bicycle NSW communications director Kim Lavender told news.com.au, ‘If you are riding two abreast on a road it means you are taking up less length on the road so it is easier to for cars to overtake,’

‘It reduces it down to two metres of overtaking as opposed to three or more if riders were in a single file.’

‘For some part I think it might be lack of education about why the rule is there in the first place, it is there for a reason and it is actually in place to reduce hazards on the road,’ she said.