A convoy of army vehicles with up to 100 reservists is heading for Kangaroo Island as the bushfire recovery gathers pace.

The blaze, which has burnt more than 155,000 hectares inside a 300-kilometre perimeter, is still active in some areas with authorities concerned about deteriorating weather conditions later this week.

But work to assess the full extent of the damage and help locals get back on their feet is underway with the army personnel and supplies to arrive in Penneshaw on Monday. 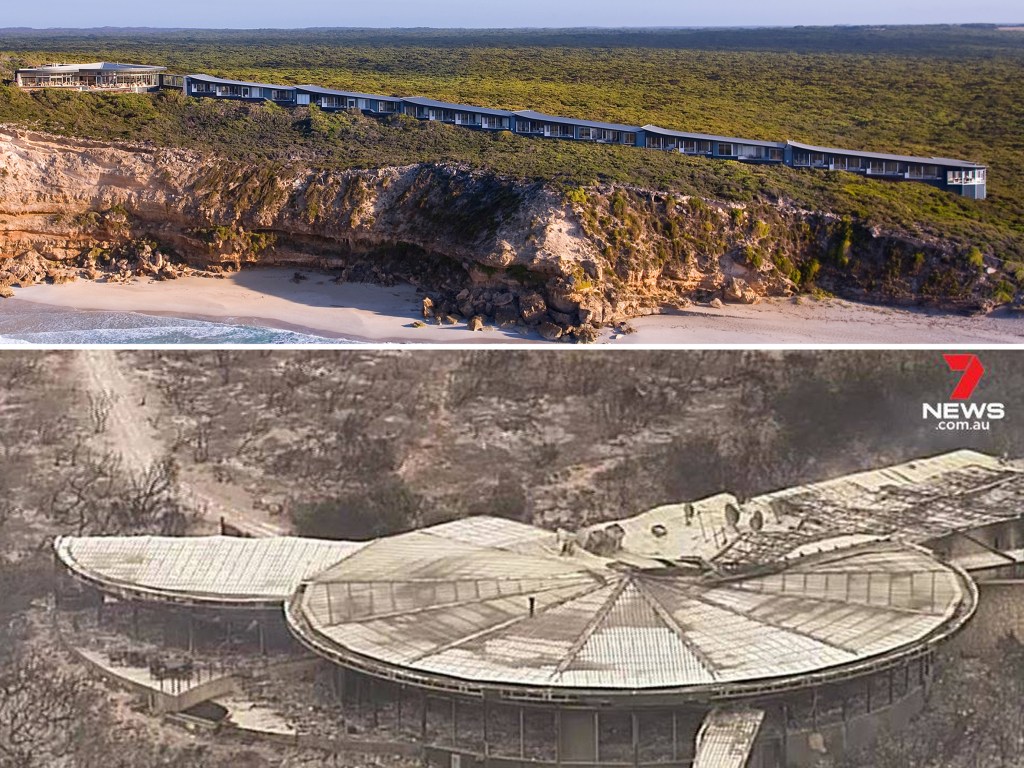 Kangaroo Island – before and after the bushfires

Work is also underway to restore power supplies with about 600 properties still without electricity.

SA Power Networks says customers may be without services for an extended period while the damage to equipment is determined.

It says only a portion of the affected area has been inspected so far and crews have already identified 12 kilometres of lines brought down.

Some mobile phone and landline services in parts of Kangaroo Island are down, with Telstra advising it is working as quickly as possible to restore connections.

Cooler weather and some rain across the fireground on Saturday and Sunday brought some relief but the Country Fire Service declared a total fire ban for Monday in the wake of a number of flare-ups and the prospect of rising temperatures from Wednesday.

A “watch and act” alert was issued for Stokes Bay near Lathami Conservation Park on the island’s north coast early on Monday as a scrub fire threatened the area.

A bushfire advice remains in place for the western half of the island with the eastern edge of the fireground extending from the north to the south coast.

A large number of homes, farms and other buildings are thought destroyed along with tourism and service infrastructure.