Barnaby Joyce’s former staffer says “you can’t help who you fall in love with” in the controversial paid television interview.

And in the lead-up to the Sunday Night interview, it’s emerged that the former deputy prime minster has been granted extended leave from parliament following the relationship scandal.

Mr Joyce was granted leave until the end of June, but won’t be needed back at parliament until August, after the winter break, AAP understands. 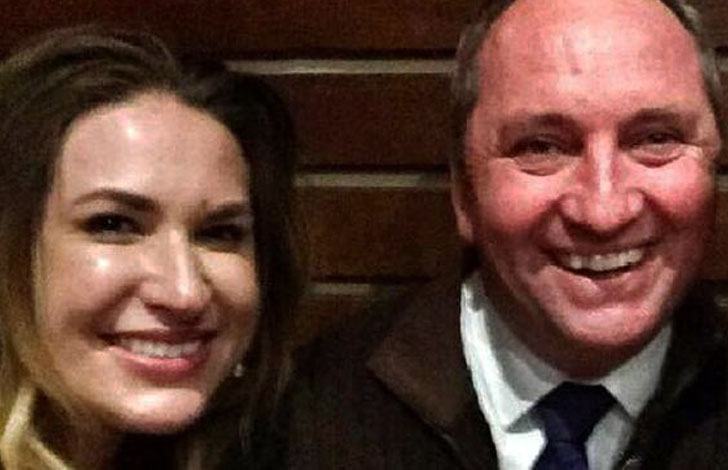 He previously said that he and staffer-turned-partner Vikki Campion wanted privacy after the birth of their son last month.

But the new couple will earn $150,000 from the Seven Network program for their tell-all interview.

“You can’t help … I couldn’t help it … you can’t help who you fall in love with,” Ms Campion told the Seven Network.

Mr Joyce said it was Ms Campion who made the decision to accept the money because she was being “screwed over” by the constant media attention.

“In the last fortnight we’ve had drones over our house, we’ve had paparazzi waiting for us outside Armidale airport, we’ve had people following us to Uralla,” Mr Joyce told reporters in Canberra on Tuesday.

“We tried just burning this out and that didn’t work.”

Cabinet minister Kelly O’Dwyer believes serving politicians should not put a price on being accountable to the public, and Mr Joyce had made a mistake.

“I personally wouldn’t do it, I don’t think it’s right, and I think most Australians are pretty disgusted by it,” Ms O’Dwyer told ABC radio.

“It’s not something that I would have encouraged him to do, in fact quite the contrary,” Mr Turnbull told Tasmanian radio station LAFM. 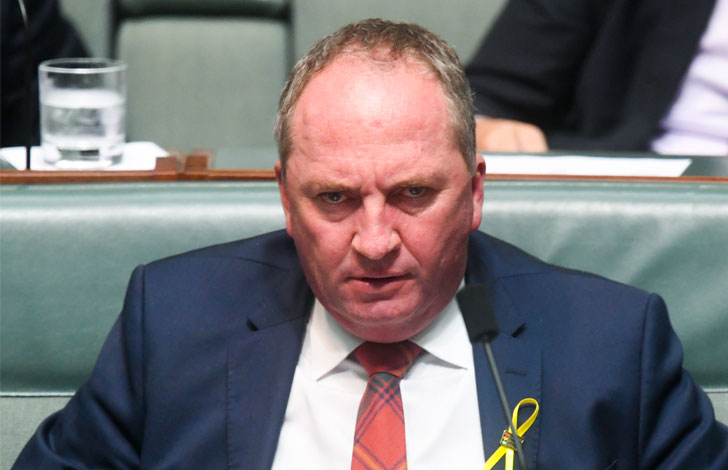 The controversial interview to air on Sunday has prompted calls for a ban on serving politicians receiving cash for media comment.

Nationals frontbencher Darren Chester, who was dumped by Mr Joyce from cabinet in December, intends to raise the proposed ban with colleagues.

“This is unprecedented in my time in parliament and I’m open to the conversation about banning MPs from benefiting personally from selling stories to the media,” Mr Chester told The Daily Telegraph.

He said Ms Campion was entitled to seek payment as a private citizen but said the former Nationals leader could no longer complain about a breach of privacy.

Labor deputy leader Tanya Plibersek doubts a ban on politicians being paid for interviews will prove a solution, likening it to a prohibition on sex with staff.