Erin is a mother of three, and an Australian sporting superstar, including a two-time AFLW Adelaide Crows premiership captain.

Jodie & Soda’s Jodie Oddy is currently on maternity leave and will return to Adelaide’s No.1 FM Breakfast Show in April.

Of today’s announcement, Mark ‘Soda’ Soderstrom said: “I am super excited to welcome Erin along for what will be a great ride. She is a mum, an Olympian, a world champion, a bona fide footy star and a proud South Aussie and I know our Friends Of The Show will love getting to know her even more.

“Erin has a great knack of succeeding at everything she puts her mind to and I have no doubt radio will be the same. Erin’s dedication, commitment and work ethic are inspiring and I hope some of it will rub off on me. As a world-class athlete she has got a powerful pair of shoulders, which she’ll need to carry me.”

Of joining the Jodie & Soda Breakfast Show Erin Phillips said: “I’m incredibly excited to hit the breakfast airwaves and join Soda and the Mix 102.3 Team! I’ve really enjoyed working in radio and this is an area I’d love to work post footy.

“Working alongside Soda and learning from him is going to be a massive opportunity as he is one of the greats at his profession. Most of all I’m looking forward to having lots of fun with Soda and our listeners.” 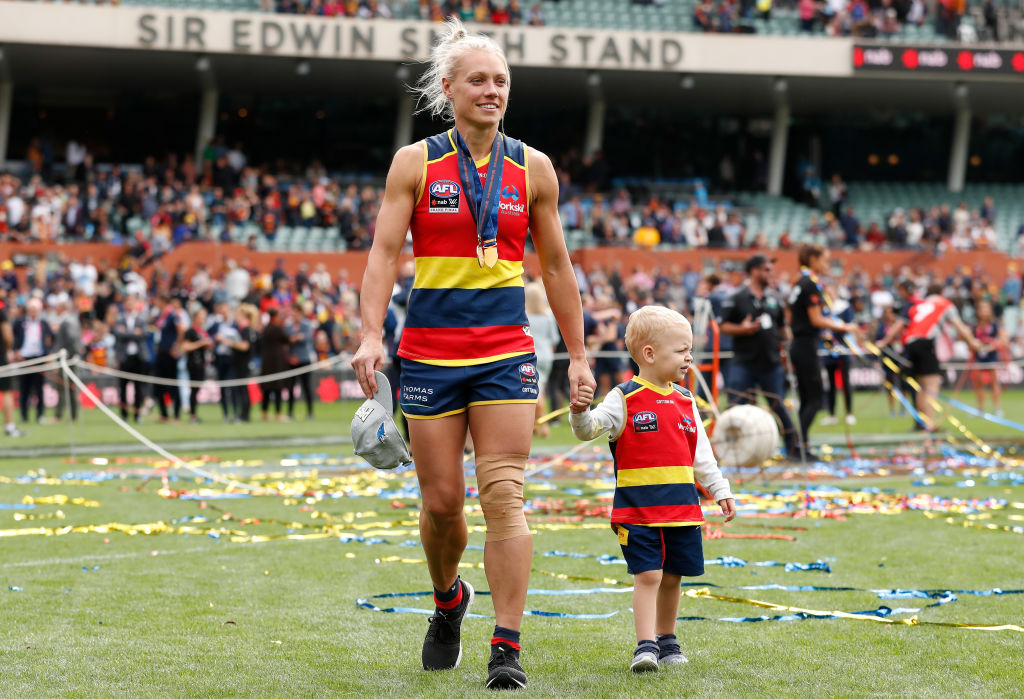 Erin has forged a remarkable professional career in both basketball and football. She is currently co-captain of the Adelaide Crows AFLW team and has taken the side to premierships in 2017 and 2019. During the same two seasons she has been crowned the AFLW’s Best and Fairest, won Adelaide’s club best and fairest awards, been best on ground in both grand finals and earned selection in the All-Australian side, including as captain in 2019. Erin injured her knee during the 2019 grand final and the 53,000 strong crowd was silent as she was taken from the ground and subsequently underwent her second knee reconstruction. The football world is waiting to find out if Erin will make her return in round one against the Brisbane Lions on February 8, 2020. She has had further minor knee surgery this week to assist her rehabilitation.

Erin is from a famous South Australian football family. Her father, Greg Phillips played 447 games with Port Adelaide, Collingwood and South Australia and collected eight SANFL premierships in his time at Port. Her brother-in-law Shaun Burgoyne (married to Erin’s sister Amy) has played in four AFL premierships for Port Adelaide and Hawthorn and is closing in on 400 AFL games.

Erin is an Olympic Silver Medallist in basketball from the 2008 Beijing Games and in 2006 won Australia’s only ever gold Medal at the basketball world championships. She has also won twin WNBA titles and is an Assistant Coach with the Dallas Wings WNBA team.

In addition to her extraordinary sporting achievements, Erin and wife Tracy are parents to three children, twins Brooklyn and Blake, and recent addition Drew.

Meanwhile, Jodie thanked Mix102.3 for the opportunity to take an extended break with baby Harper and her family of six. 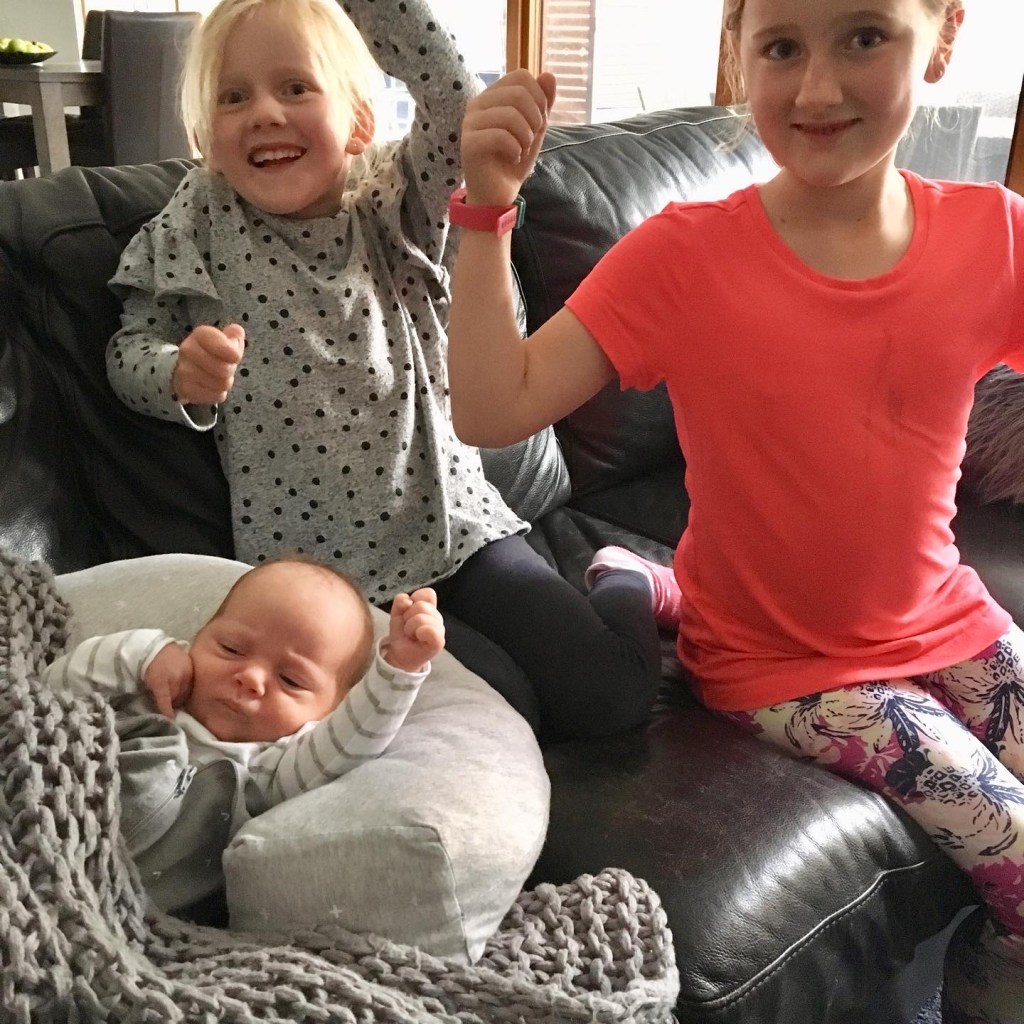 She posted a loving message to her social media accounts, including a gorgeous photo of her three youngest daughters with their hands in the air.

Her caption to the photo was: “We took a family vote… who wants Mum to take extra time off work to stay at home? Shockingly, it was a resounding yes…”

“I’m so happy that @mixadelaide have allowed me to play Mumma for longer than I expected.

“I’m also pumped to hear a less accomplished athlete than me @erinphillips131 on my dial.

“Life is about balance and I’m so lucky to finally have that choice.”

Jodie gave birth to her fourth daughter, Harper, on 4 October, saying soon after that she had already changed her life for the better.

Erin will be Soda’s third co-host since Jodie began maternity leave in September, following on from Michelle Murphy and Jessica Adamson.

"It’s 15 Years Ago But It Still Breaks Me": Jess Adamson And The Tsunami Orphan