Erin Phillips stands at the top of one mountain, knowing she is at the bottom of another.

Two days after co-captaining Adelaide to the AFLW premiership, she capped her outstanding season by winning the league’s best and fairest award and being named skipper of the All-Australian team.

Phillips had the best and fairest award secured with two of the seven rounds of voting still to be counted and she polled 19 of a possible 21.

But her heavy limp at Tuesday’s awards night function is Phillips’ new reality.

The 33-year-old will undergo a left knee reconstruction after her devastating grand final injury.

After talking pre-game about wanting to be part of a Crows premiership dynasty that would rival dad Greg and brother-in-law Shaun Burgoyne, Phillips is now unsure about her playing future.

“Right now, I wouldn’t make any decisions because I know it’s all emotional,” she said.

“I’m at the bottom of a big mountain to climb with this rehab.

“There’s not much need right now to say yes or no, just see how this rehab goes.”

Another factor is that Phillips’ wife Tracy is 22 weeks pregnant with their third child. 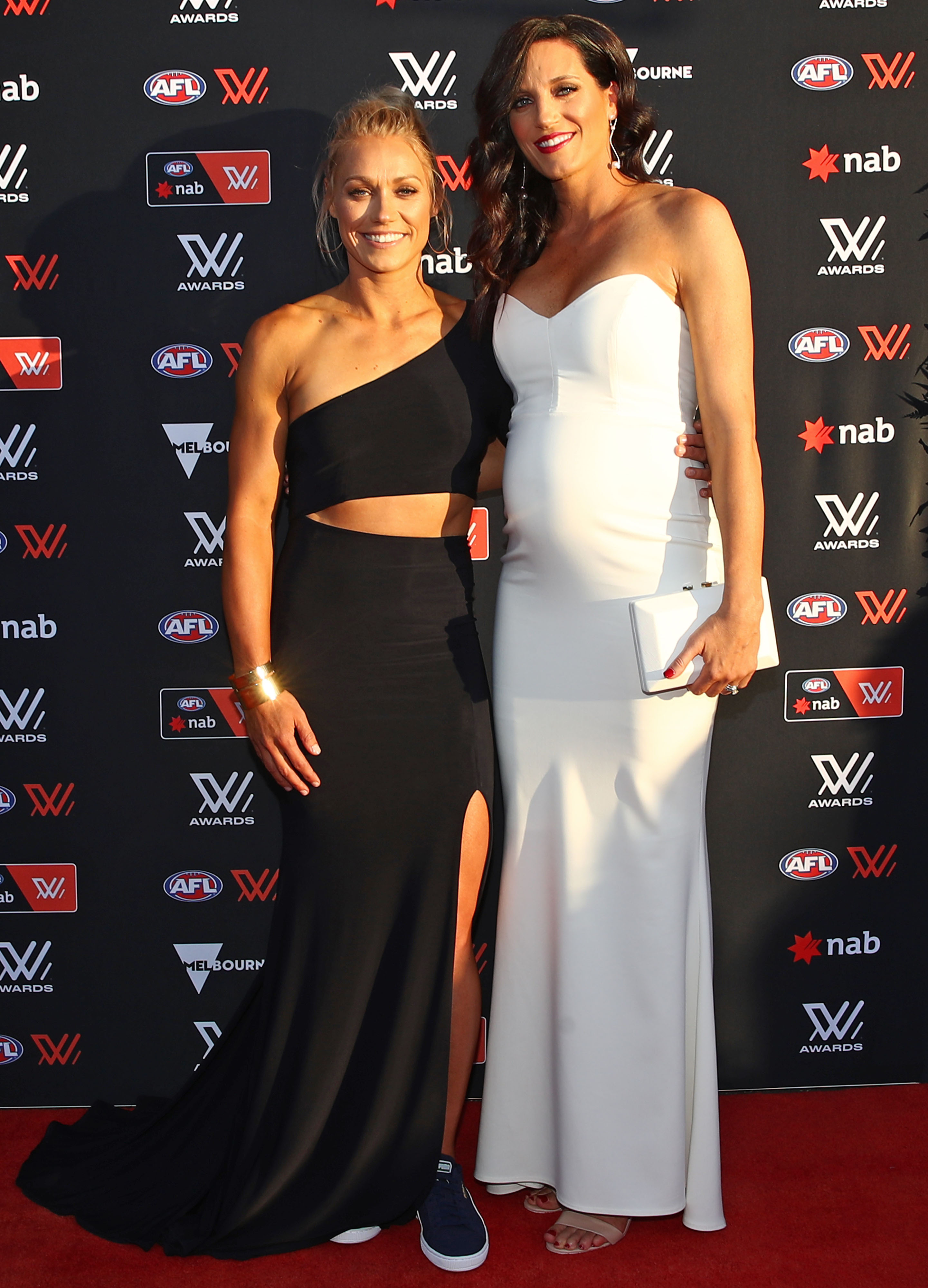 Phillips also underwent a knee reconstruction on her right knee 12 years ago and knows grimly what lies ahead.

“The hardest part – and it was evident even in the last couple of days – is having the kids jump all over you and you can’t run after them,” she said.

“I know what the process and what’s ahead – that’s probably the reason I cried on the field.

“It is an annoying, long rehab and physically, mentally testing.

“But that’s the price you pay sometimes with sport.”

Tracy wants her to keep playing for a while yet.

“She’s not ready for me to retire – she’s like ‘you’ve got another five or six years’,” Phillips said.

“I look at her sideways – ‘I don’t think you understand how hard this game really is’.”

An emotional Phillips confirmed onstage that she was sounded out to apply for the head coaching role with her WNBA team the Dallas Wings.

But Phillips did not go through the process because she was not ready to give up playing AFLW.

Phillips is the youngest of three daughters and said parents Greg and Julie were told many times that they had missed out not having a son to continue his strong football lineage.

The AFLW’s undisputed top player drew loud applause when she said her parents could now stick up those detractors.

“I heard that plenty of times,” she said.

“Those jokes don’t go around now because of AFLW – but it was hard.”