Thursday could be the hottest day ever recorded in Adelaide with the Bureau of Meteorology adjusting their predicted maximum from 42° to 44°.

If it gets past 44° it could break the record for Adelaide’s hottest day, which goes back 80 years.

The SES has issued an Extreme Heat Warning for each of the next three days, with temperatures expected in the high 30°s before Thursday reaches boiling point.

The warnings from the SES implore people to be aware that heat-related illness can affect anyone.

“Even the very fit can encounter severe health issues including heat exhaustion and heatstroke. It can be fatal. Older people, those with a pre-existing medical condition and young children and babies are most at risk,” SES Chief Officer Chris Beattie said.

“If you have the opportunity drop in or call your relatives, neighbours and fiends and make sure they are drinking plenty of water, not going out during the hottest parts of the day and staying cool.

“Reports from interstate indicate children are being left in cars. Under no circumstances, should children or pets be left in a parked car, even with the windows open and the air conditioner running.”

Relief is in sight however. 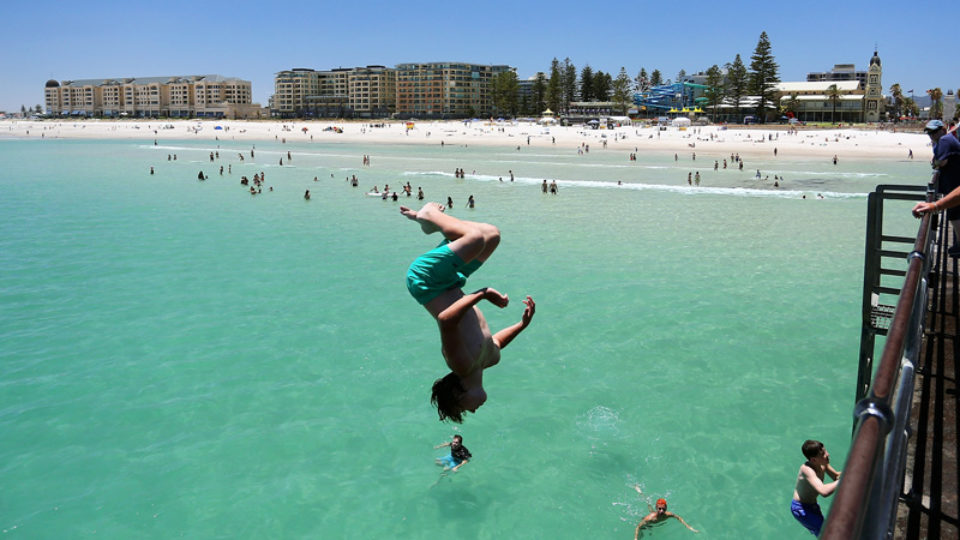 The Australia Day long weekend is expected to have far milder temperatures in the high 20°s.

Australia Day on Saturday could have some rain, with a thunderstorm predicted for later in the day and a top of 30°. The rest of the long weekend should be near perfect however with both days predicted to be 27°.