While it’s still winter, it would appear no one has informed the nations magpies, with numerous reports of these winged demons beginning the ‘swooping season’ even earlier than ever.

It would appear the unseasonally warm weather has confused these black and white feathered terrors,

Things are already so bad that the Australian Bird Study Association has had to issue a warning to unsuspecting Aussies.

As you know Magpies traditionally nest in spring, and we usually start seeing to see them swooping to defend their young from around September onwards.

However, according to the Magpie Alert interactive map, there have been at least 39 reported attacks in July alone, and some of them have been particularity vicious. 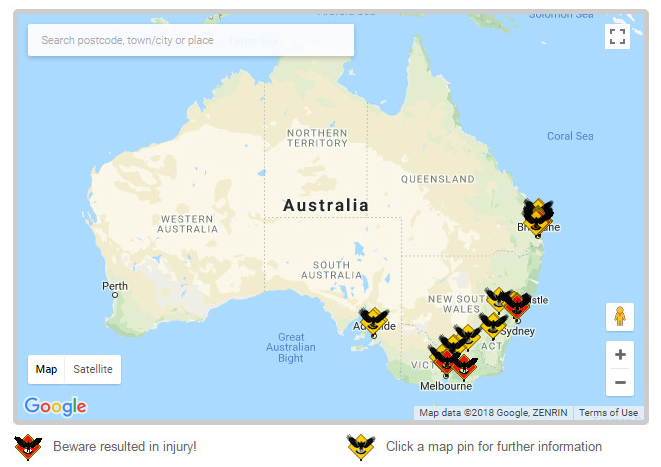 Have you had any early attacks where you are?