Port Adelaide fans are unleashing on social media over a trade deal that has seen the AFL club swap two players for one extra draft selection.

The Power has gained Pick 18 in this year’s NAB AFL Draft in exchange for the two players, however it also downgraded Pick 10 to Pick 12.

The Power had recently said it rated youngster Howard particularly highly and would not let him go unless a “special” deal came along. He has been a favourite of Power fans for the last few years with thousands yelling “Doooogs” every time he went for the ball.

A quick browse of the Power’s official Facebook page showed the large majority of the commenters did not think that was a “special” deal for the club.

In fact some have lashed out, saying it is enough for them to cancel their membership and attend less games next year.

Others focused on the club’s choice to do the trade, going as far as calling it “the dumbest thing the club has done”.

“Hope the Saints at least bought you dinner first.”

“This is a genuine bung up. Absolutely gutted PAFC.”

“So I’m down to attending about five home games next season. Reckon you can drive it down any further Port?”

“This ranks among the dumbest thing the club has done.”

“Has the club lost its bloody mind?”

“How embarrassing. This will test the resolve of a lot of the supporters.”

“You lot are genuinely bloody bonkers. Would love to see good reason as to why. I’ve seen shopping lists better managed than our playing list.” 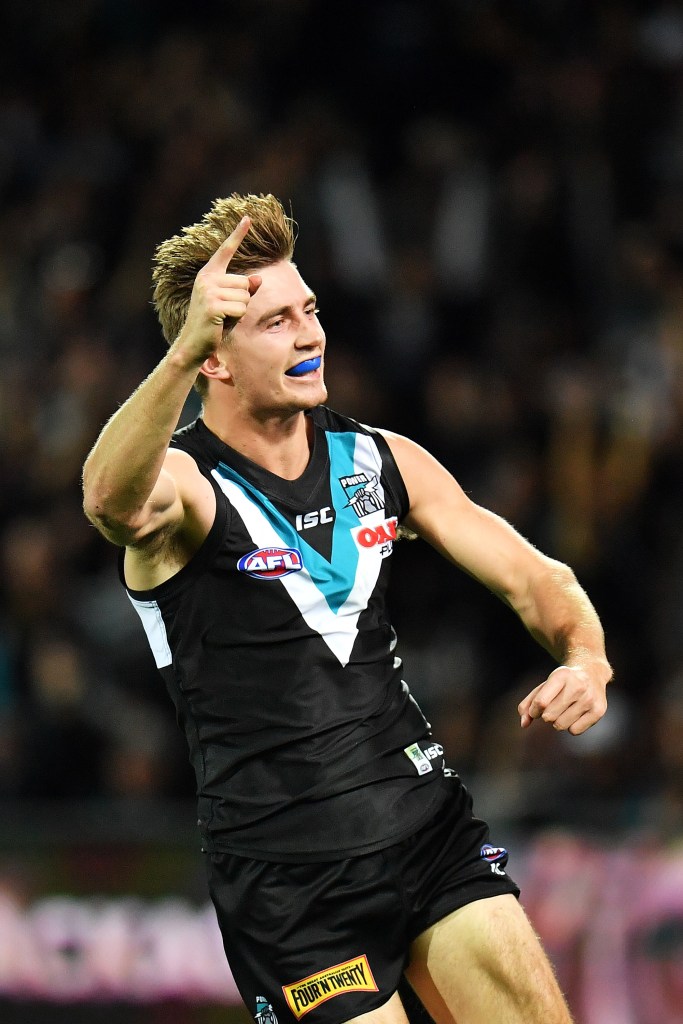 Dougal Howard celebrates a goal during his time at Port Adelaide.

Let’s hope there’s something more exciting to come for the Power fans before the trade deadline tomorrow evening.