After a 6-year fight, Chris Blowes has FINALLY won the battle to keep the tooth of the shark that attacked him as a ‘souvenir’.

Chris joined Erin & Soda just last week to discuss the release of his book and told them of his jaw-dropping story of how he survived a great white shark attack.

He was out surfing in Port Lincoln in 2015 when the great white attacked him. He lost his left leg and only just kept his life. Without the support of his friends and fellow surfers, he wouldn’t have been so fortunate. 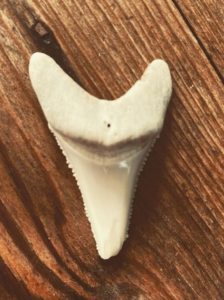 The shark tooth was embedded into his surfboard which was found in the water by fellow surfers. They handed it to the authorities and it was then when Chris began another battle, the battle to keep the tooth from the shark that very nearly took his life. 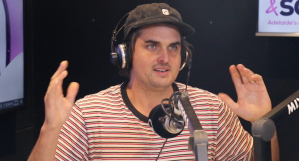 Chris was told by authorities that because great white sharks are a protected species, he wasn’t allowed to keep the tooth. After 6 years of going back and forth, Fisheries Minister David Basham personally allowed Chris to keep the tooth.

Chris said to Erin and Soda “Mr David Basham heard about it and said ‘that’s ridiculous, I’ll give you a permit to have it.”

So finally, Chris can have “a tooth for a leg”.

Have a listen to Erin & Soda’s full chat with Chris here.

Advertisement
Advertisement
Want more? Listen to one of our favourite moments from Erin Phillips & Soda – Tune in weekdays from 6AM on Mix102.3!
adelaide Chris Blowes south australia