The Adelaide Crows are expected to announce former Power and current GWS assistant coach Matthew Nicks as its senior coach any day now but Mix102.3 breakfast host Mark Soderstrom says the decision to appoint him was not a unanimous one.

The Crows senior coaching spot was made vacant by Don Pyke a bit over a month ago and a four-man panel was appointed to employ the Crows 9th senior coach.

“The understanding is that it was not a unanimous decision. They were pretty split amongst perhaps three different people,” Soda said.

Soda has said that one of the panel members’ preferences as coach was Hawthorn assistant Adem Yze. Others who were considered for the job, according to media reports, include Scott Burns and Garry Hocking.

But he said the appointment of Nicks was getting pretty urgent, given the trade period is due to finish on Wednesday night.

“Matty Nicks is a terrific bloke. He hasn’t coached his own side but (Power coach) Ken Hinkley did give him the opportunity to take the reigns for a while over the summer with Port and he coached those practice matches with them,” Soda said.

“He’s been at GWS as a senior assistant as well and is South Australian, having played his footy with West Adelaide before going on to have a wonderful career at the Swans.” 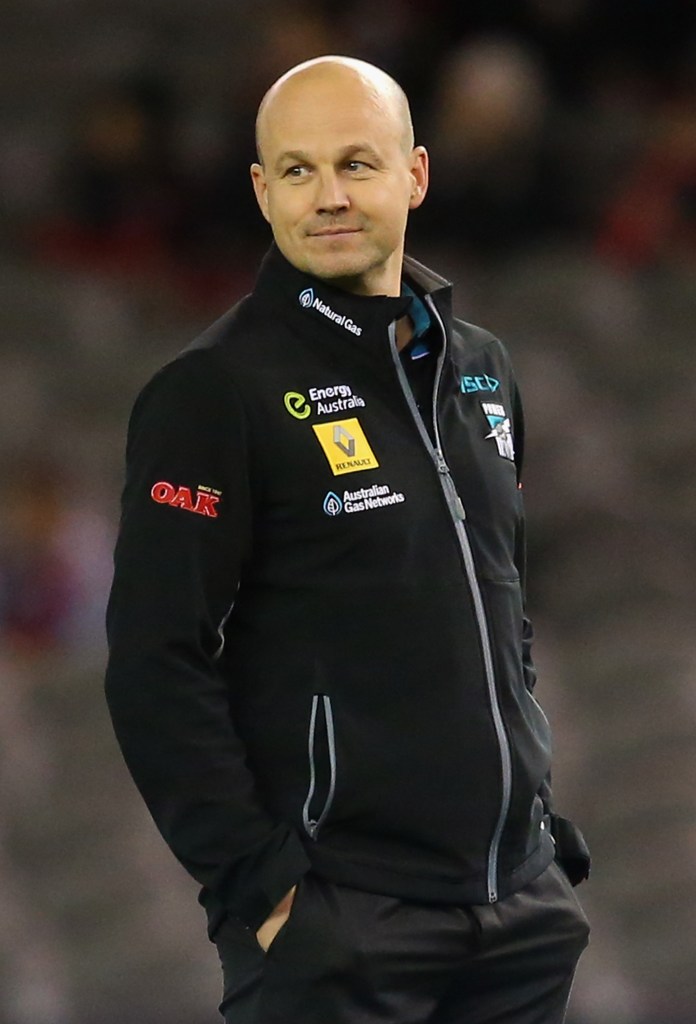 Matthew Nicks as an assistant coach of Port Adelaide.

Jess Adamson, who is filling in for Jodie as Soda’s co-host on the Mix102.3 breakfast show probably summed it up best when she said: “It’ll just be nice to have someone back at the helm again.”

Nicks will take charge of a new-look Adelaide Crows without its longest serving senior assistant coach in Scott Camporeale or head of football Brett Burton, who were sacked last week.

Crowd favourite Eddie Betts has flown the nest to Carlton, Cam Ellis-Yolmen has gone to Brisbane and a number of other Crows players are looking for trades over the next 48 hours including Sam Jacobs, Josh Jenkins, Alex Keath and Hugh Greenwood.

Before The Call: Why We Support The Hospital Research Home Lottery