If this isn’t the most heartwarming video you see today, then we don’t know what is!

An Indian elephant named Faa Mai has developed a unique relationship with her caretaker Lek Chailert. The pair have been inseparable since Faa Mai was rescued as a calf and brought to the Elephant Nature Park in northern Thailand. However, it’s Lek’s lullabies that the nine-year-old elephant loves the most.

However, when another young elephant was rescued by the nature park, Faa Mai made sure that the new baby got the same love that she gets.

In this beautiful video, we see Faa Mai pulling her caretaker towards the baby elephant with her trunk wrapped around her waist. Whenever Lek tries and veer to the left or right, Faa Mai guides her back on course, directing her to the baby elephant. Once they arrive, the elephant looks straight into the woman’s eyes, patiently waiting for her to start singing.

It’s at that moment that Lek realises why she’s been brought over – to sing an elephant lullaby for the little one! 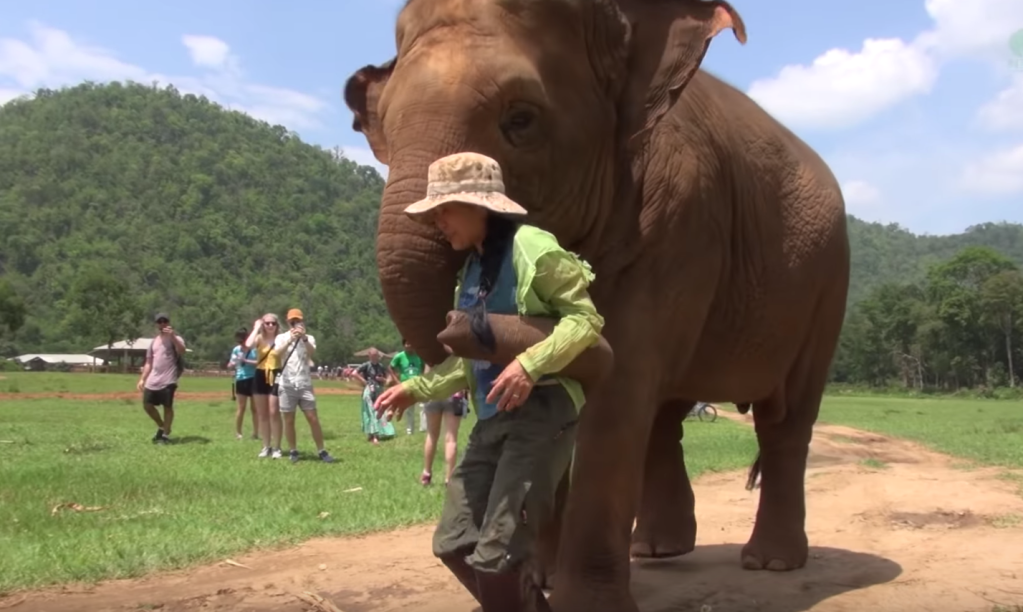 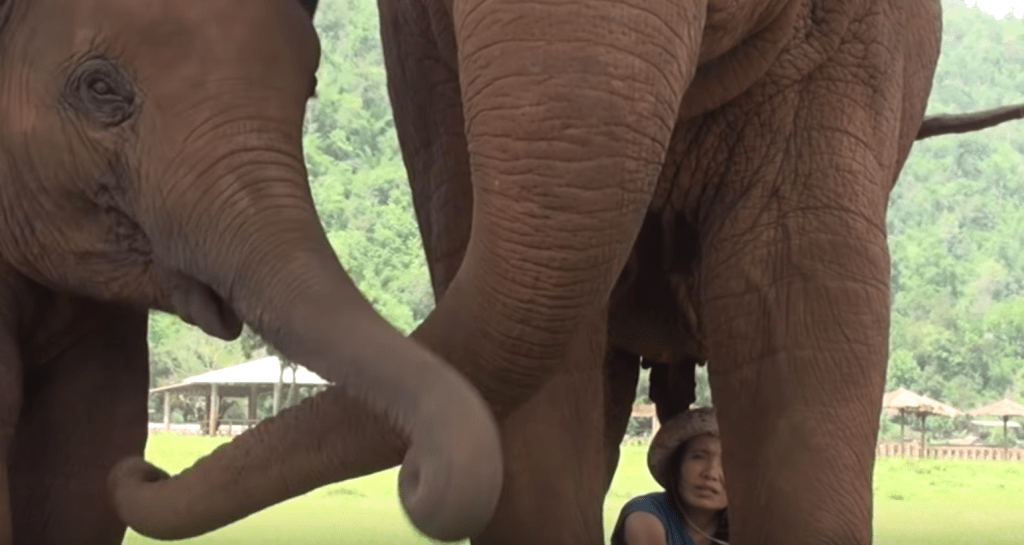 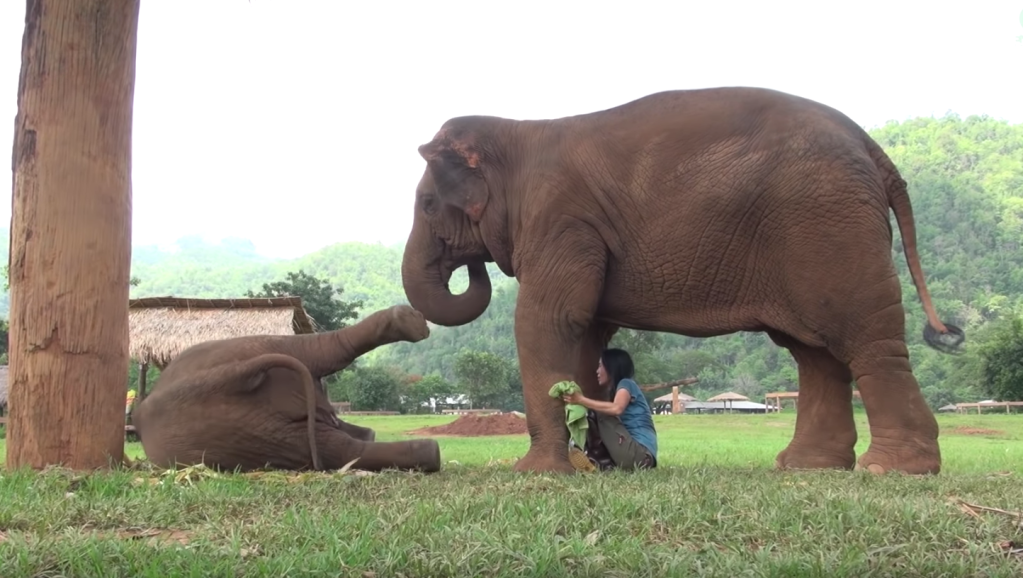 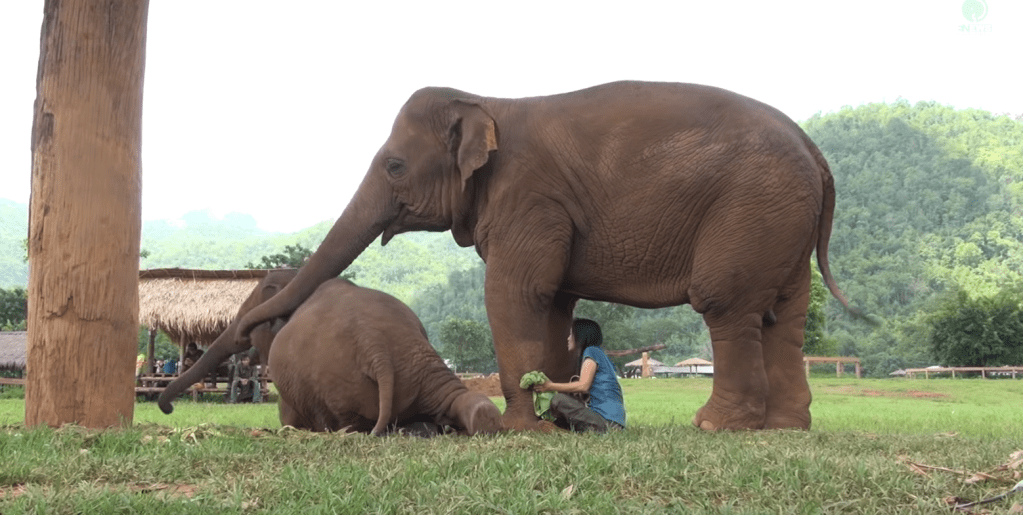 “Faa Mai wanted me to [sing a] lullaby [to] her little friend, as she is so fond when I sing a lullaby to her,” she says.

Lek regularly sings lullabies to the elephant, and they quite often, fall asleep listening to them.

The connection between Lek and her elephants are astounding, don’t you think?