Worshipers at Sydney’s St Mary’s Cathedral in Sydney who don’t have any cash on them at Mass can now donate using their credit cards on a collection plate that has a ‘Tap & Go’ electronic device attached.

The move has divided Catholics, with some praising the ideas as simply ‘moving with the times’ while others are branding the moves as a cynical ‘cash grab’

The electronic collection plates began taking $10 payments last weekend, announced on St Mary’s Facebook page with this post that has since been deleted. 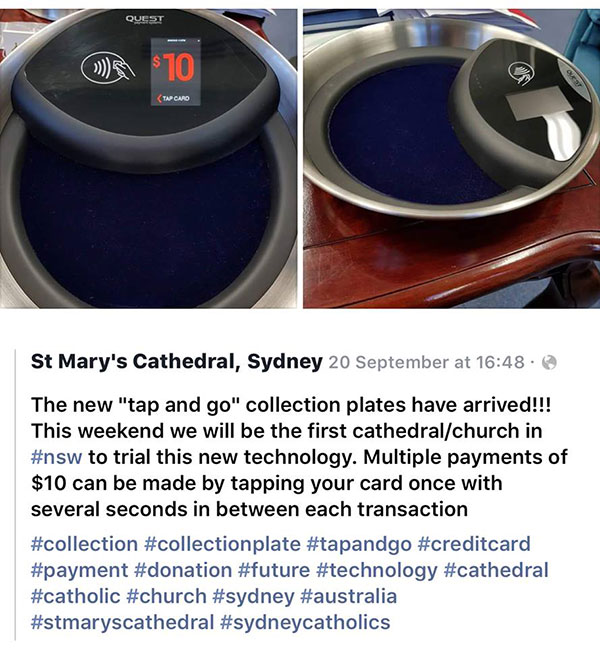 ‘We always had call-outs that people don’t carry cash anymore… we’re moving towards a cashless society, that’s just the way we live now.’

Morassut said the set price was based on donation history and ‘could not be changed’. 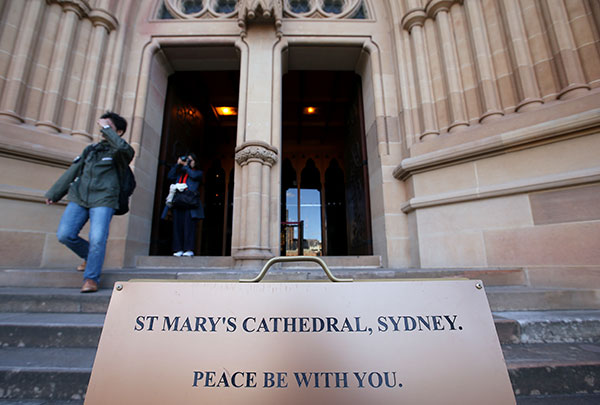 ‘I’m Catholic but this is ludicrous… you shouldn’t be told how much you put in if you opt for that option, it should be built better so that you decide how much,’ one person said.

‘It’s not moving with the times, it’s a cash grab,’ said another.

‘As someone who was in the church for 16 years, I can safely say this was this most blatant display of [sic] I have ever seen.’

‘When they can’t take criticism but still want to take your money,’ another said.