More warning letters have been sent by world body FINA over another Sun Yang podium protest at the world swimming titles in South Korea.

But the controversy does not look like going away any time soon.

Then Scott followed the lead of Australia’s Mack Horton and refused to acknowledge the Chinese star at the medal ceremony.

Co-bronze medallist Scott stood on the podium but did not shake the triple Olympic champion’s hand or took part in the ceremony’s photo shoot, prompting an angry reaction from the now 11-time world champion Sun. 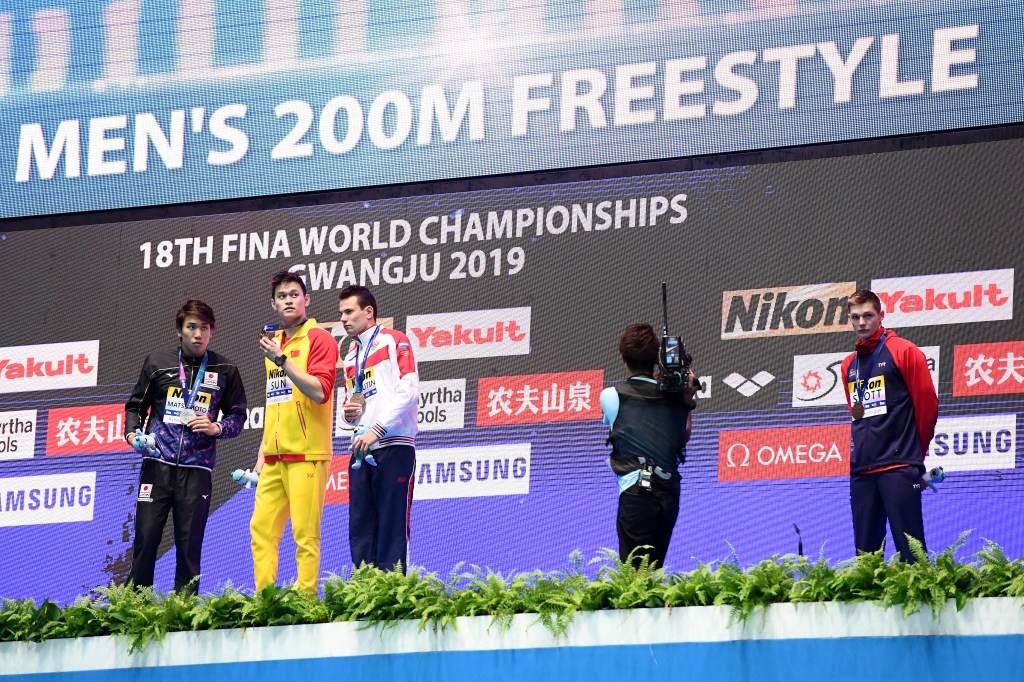 Sun could be seen gesticulating wildly at Scott post-ceremony, with TV cameras capturing the Chinese champion saying: “You loser, I am winning”.

Scott kept his cool during the exchange, smiling at Sun but both the Briton and the Chinese swimmer were soon issued with warning letters from FINA for their “inadequate behaviour”.

Olympic champion Horton lit the fuse for the world titles controversy when he refused to share a podium with Sun after the Chinese champion relegated him to 400m silver on Sunday night. 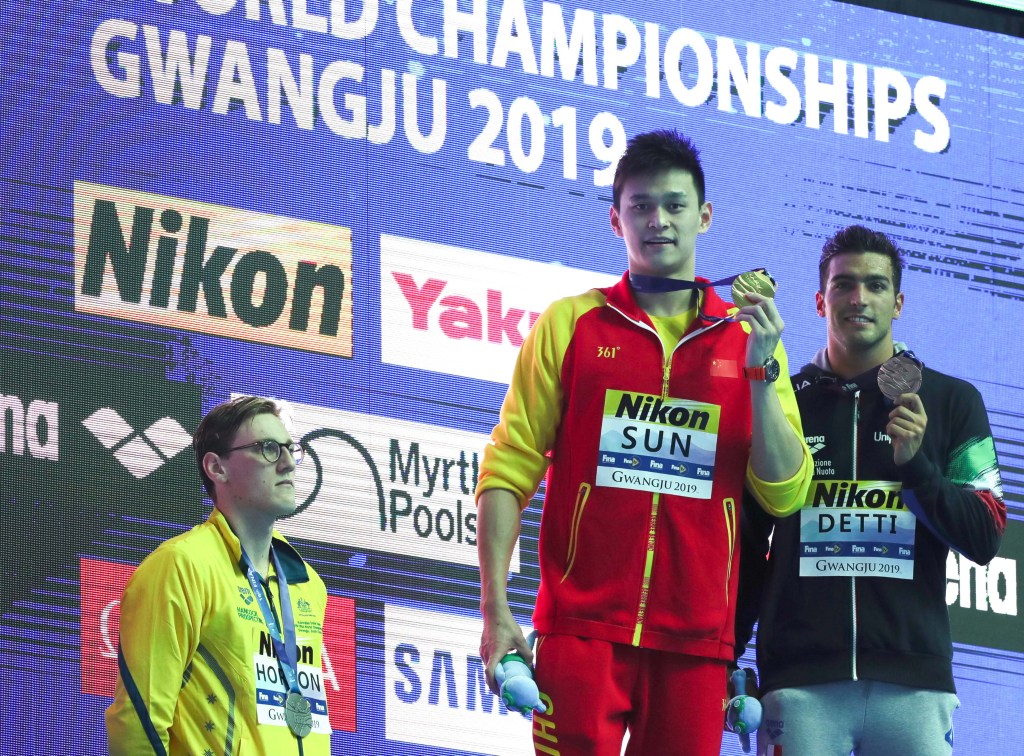 It prompted FINA warning letters to not only Horton but also Swimming Australia who had no prior knowledge of his protest.

Horton is unhappy that Sun has been allowed to compete in South Korea by FINA with a September Court of Arbitration for Sport hearing looming that may end his career.

And it seems he is not alone.

Scott showed no sign of backing down after the controversial 200m ceremony drama, saying he was “Team Mack”.

“If (Sun) can’t respect our sport, then why should I respect him?,” Scott said.

“Hopefully this will happen in more events.”

My only wish is that Sun Yang was racing more events so other athletes had the chance to take such a public stand #BackingMack pic.twitter.com/hawRQx1dt4

Horton received a standing ovation from fellow competitors when he returned to the athletes village on Sunday night following his podium protest.

And it seems Scott’s actions have also been endorsed, with world breaststroke champion Adam Peaty backing him.

Peaty said he had a problem with Sun, who was booed when he sat on his lane rope and celebrated his surprise 200m win while a shattered Rapsys left the pool.

“If people are booing him it’s for a reason,” Peaty said of Sun.

“He (Sun) should be asking himself now ‘should I really be in this sport when people are booing me?’

“And if I was swimming (against Sun) I wouldn’t even get on the podium for that matter.”

Swimmers are riled that Sun is still competing despite being accused of destroying vials of his blood with a hammer during a clash with testers last year.

Sun – who served a 2014 doping ban – faces a lifetime suspension if found guilty of the charges in his September CAS hearing.