‘Stranger Things 4’ is set to come out soon, and we’ve been given a teaser for the new season!

It’s got SERIOUS ‘Nightmare on Elm Street’ vibes which has 80’s Horror Tragics (like myself) absolutely FROTHING!

The season is split into two parts, with Volume 1 premiering May 27th and Volume 2 premiering July 1st.

The series is set to pick up six months after the Battle of Starcourt, which brought terror and destruction to Hawkins. 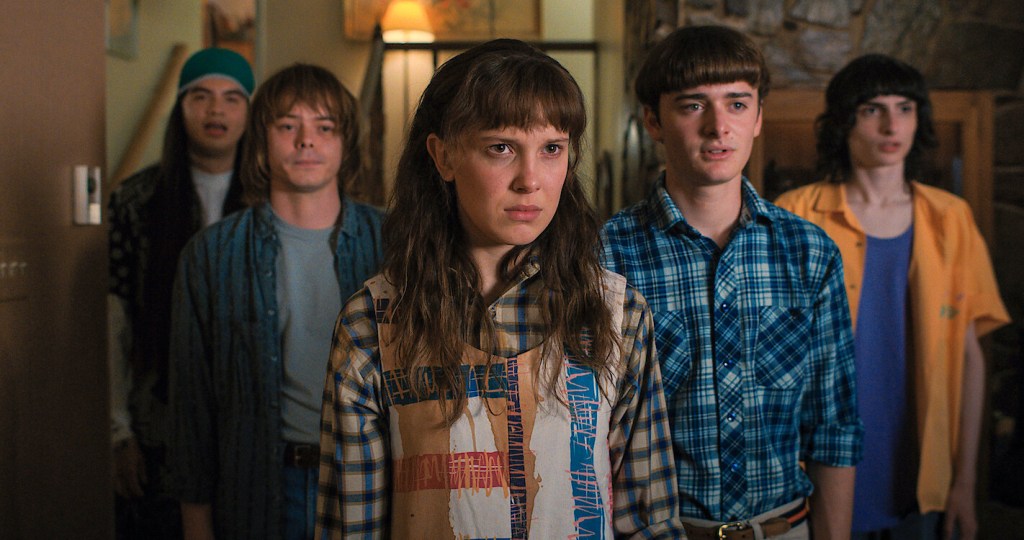 Struggling with the aftermath of the battle, our group of friends are separated for the first time — and navigating the complexities of high school hasn’t made things any easier. In this most vulnerable time, a new and horrifying supernatural threat surfaces, presenting a gruesome mystery that, if solved, might finally put an end to the horrors of the Upside Down.

This new season is set to include A LOT more horror in its story lines. Co-creator Matt Duffer told Netflix’s Queue Magazine “They’re not kids anymore — they really are full-blown teenagers,” “That’s why this season we leaned more into horror. We figured they should be in their own [version] of ‘A Nightmare on Elm Street’ basically.”

“‘Stranger Things 4’ was the most challenging season yet, but also the most rewarding one,” the co-creators added.

“Everyone involved is incredibly proud of the results, and we can’t wait to share it with you.”

There is SO MUCH to look forward to, and I can’t wait to watch it when it releases later this year!

‘Stranger Things’ is set to conclude after five seasons.

Want more? Listen to one of our favourite moments from The Ali Clarke Breakfast Show – Tune in weekdays from 6AM on Mix102.3!
netflix stranger things 4