If you’re watching Selling Sunset then you’re familiar with Chrishell and her past relationships. From Justin to Jason we’ve watched it all unfold.

We all know she doesn’t last with Jason, co-owner of The Oppenheim Group but nobody expected THIS!

Chrishell posted a story on her Instagram showing her closet being built, then proceeds to say “I’m gonna come out of it now”. Photos later reveal her new relationship with Australian singer G-Flip (they/them). The singer has also reportedly moved in with the Selling Sunset star.

Photos have also been posted of G-Flip getting a tattoo from their new partner that reads “Get me outta here”. Chrishell has joked that she’s “found her new calling”! 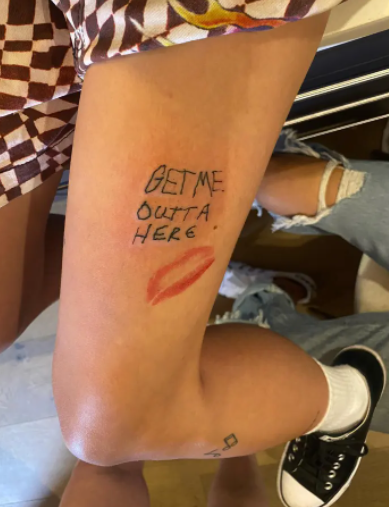 What a plot twist!